The grain markets were mostly a sea of red with forecasts for favorable weather conditions and reports that a number of corn and bean fields look the best they have seen in several years. The one bright spot was Chicago wheat, which was in the green. July options expire tomorrow after the close. Position squaring ahead of the weekend and next week’s USDA was noted. Uncertainty over the next expected episode of the CoronaVirus had the energy and equity markets on edge. The US$ showed strength as concerns mount about whether the economy can bounce back to pre-COVID-19 status anytime soon.

The soy complex slumped on favorable conditions for the crop to grow, reports that many fields look pretty darn good and ideas of additional acreage planted to beans. Crop conditions are expected to improve from last week in Monday’s crop progress/conditions report.

And then there is wheat! A battle to rally toward higher prices amidst US harvest activity, strength in the US$ and increasing world supplies. Chicago dis get a bit of a lift form a bout of short covering, which drew support for the nearby contracts. Mpls settled 3-4 cents above contract lows from Dec 20 through Sep 21. Kansas City made new contract lows Dec 20 through Dec 21. 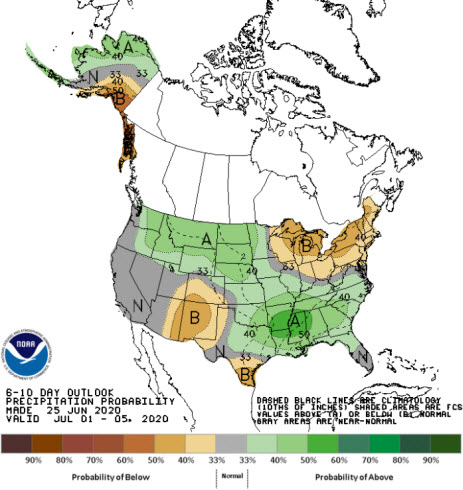 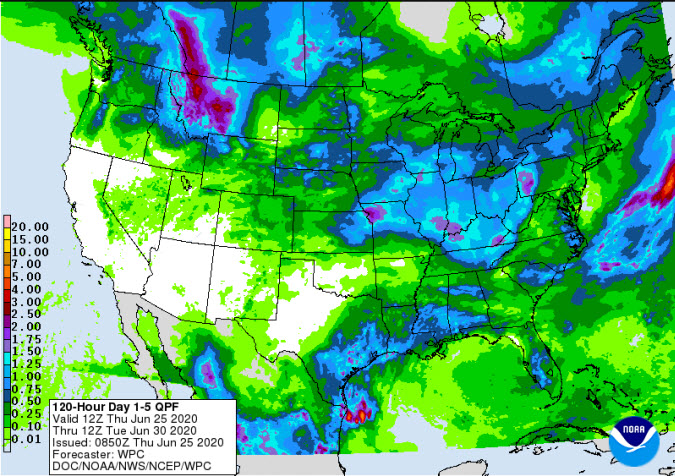