The grains were mixed with fresh supportive USDA yield, production and ending stocks forecasts. Decent demand and hopes for decent demand kept support under the corn and beans while growing world production pressured the wheat market.

Corn prices were higher on borrowed strength from the soy complex, along with reductions in yield, production and ending stocks.  We are still over 2.0 bb, which typically is not considered friendly.

Soybean prices traded higher on demand and frost worries. Additional strength came from a lower yield, production and ending stocks forecast reported by the USDA in their monthly S&D report this morning.

The wheat market finished lower on lack of fresh supportive news. Global supplies grow while US supplies stand still. Mills are flush with wheat and US is not competitive in the world export arena. Japan was not in this week and there is no sign of Egypt, although the trade was half expecting them to show up this afternoon. Spring wheat harvest is about wrapped up and the lion’s share of the crop has been put away on the farm. 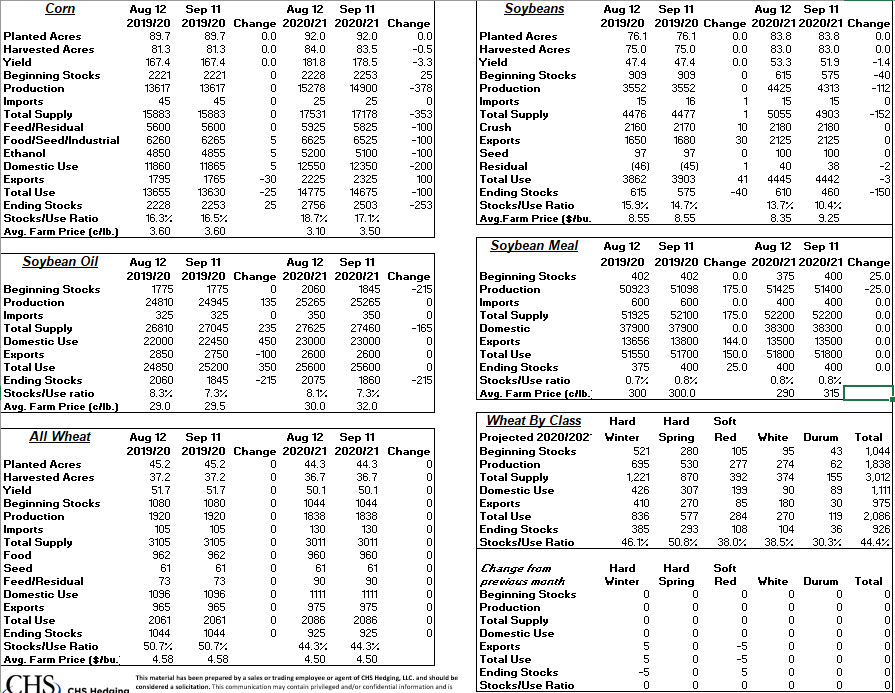