Tropical Storm Sally moves to a Category I hurricane, making its way to the US Gulf (New Orleans). It is expected to make landfall tomorrow as a Cat 2 hurricane.  The Wildfires continue as skies look cloudy as far east as western North Dakota ( as if the smoke has gotten blown across the states). Wall Street was firmer on the rebound of big tech stocks.

Corn prices were supported from last week’s reduction in yield, production and ending stocks. Additional support came from another round of US corn sales for the 20/21 crop year. Gains were limited as harvest gets underway and conditions are expected to be steady.

Soybeans tickled two-year highs on seriously strong demand and a reduction in crop size. More bean biz to China and Unknown. Prices retreated near the close on a bout of profit taking after the Nov reached a 14th higher close out of the last 15 sessions.

Wheat prices were mixed with Mpls on the defensive while KC and Chicago saw a bout of bargain buying after recent dips. There are still hopes that China will be in the market for more US wheat. 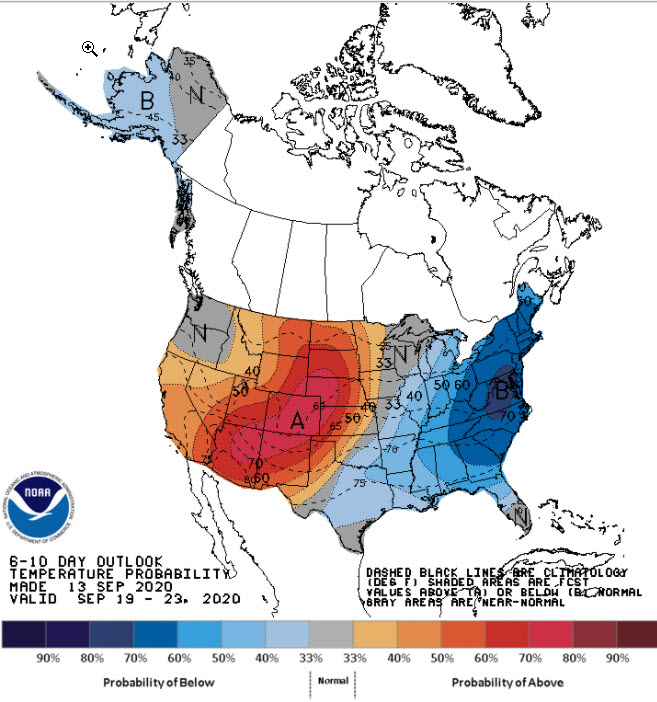