Outlook: flat to 1 higher:  Some of the private yield models that adjust for the forecast are starting to predict national yields that would be slightly below the USDA’s current estimate of 178.5 bpa.  The midday weather models will likely set the tone for the close today.

Outlook:  flat to 3 lower to start: the US weather continues to be viewed as non-threatening to soybean yield potentials at this point in the growing season.

Outlook: flat to 3 lower.  Harvest activity in Kansas continues to progress, but the crews are having to dodge rain drops as they try to finish up in some locations. 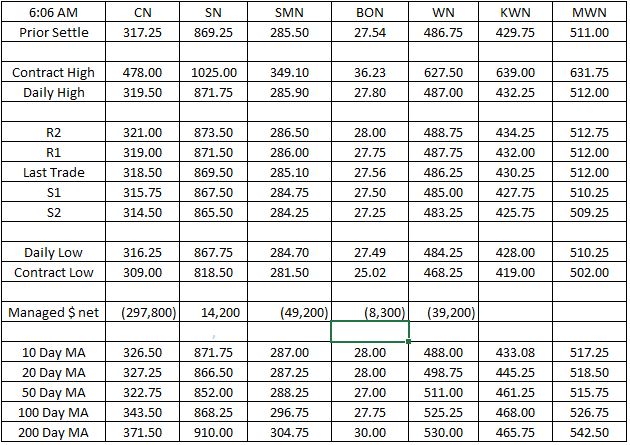