Outlook: Calls are 2-3 higher this morning as the market gets ready for tomorrow’s report.

Outlook:  Mixed calls for the open with uncertainty about what will happen with the SN-SQ spread.

Outlook: Mixed calls with wheat with more interest in Chicago than the other two markets. 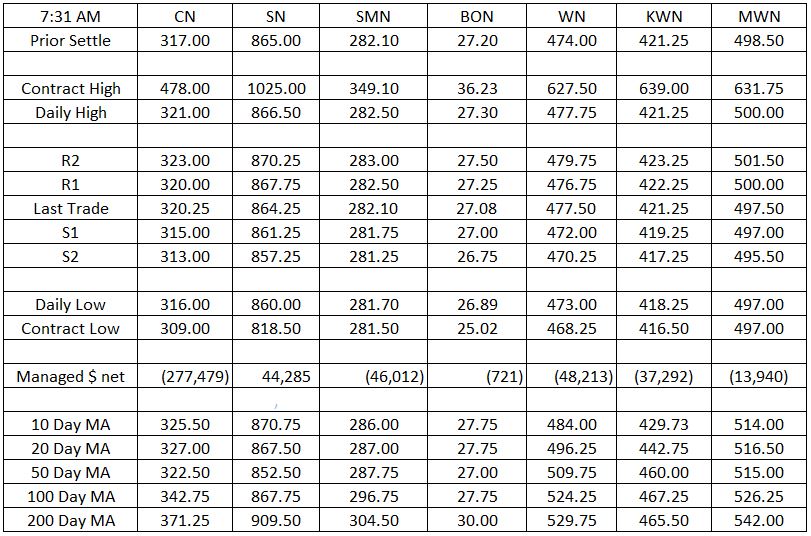