Outlook: Corn made new contract lows in yesterday’s trade, as did also the CUCZ spread, in response to good conditions and increasing production ideas.  The August USDA report a week from today is expected to show an increase in yield.  Open interest increased 24k on the break, indicating new sellers entering the market.

Outlook: Increasing yield prospects weighed on the bean market yesterday.  USDA has raised bean yields on the August report 3 out of the last 4 years, the remainder was unchanged.

Outlook: Both KC and MN wheat made new contract lows in yesterday’s trade but have made small recoveries overnight. 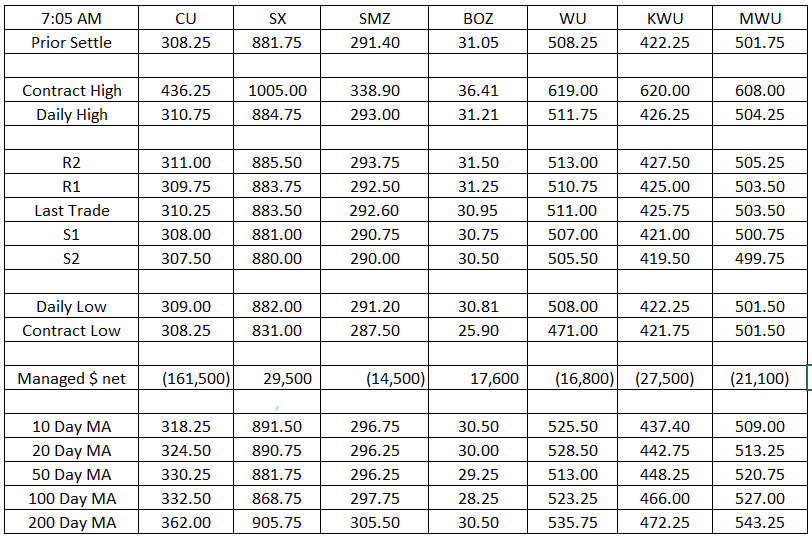