Outlook:  Marginally higher this morning but overnight ranges were about 9 cents. Look for choppy trade to continue with lots of questions worldwide about higher tariffs and uncertain production totals.

Outlook: Rains over the weekend in South America have continue to allow soybeans to ease overnight but it has been a wild ride. Price range overnight has been 36 ¼ cents, with trade now approaching mid-price levels this morning, but still down 12 cents.

Outlook: Export tariffs being imposed by Russia, along with some talk of tariffs on Argentine shipments continue to buoy wheat prices. Ongoing dryness in western portions of the U. S. HRW belt along high winds, leading to dust storms last week in Western Kansas have left a few wheat areas in dire straits. 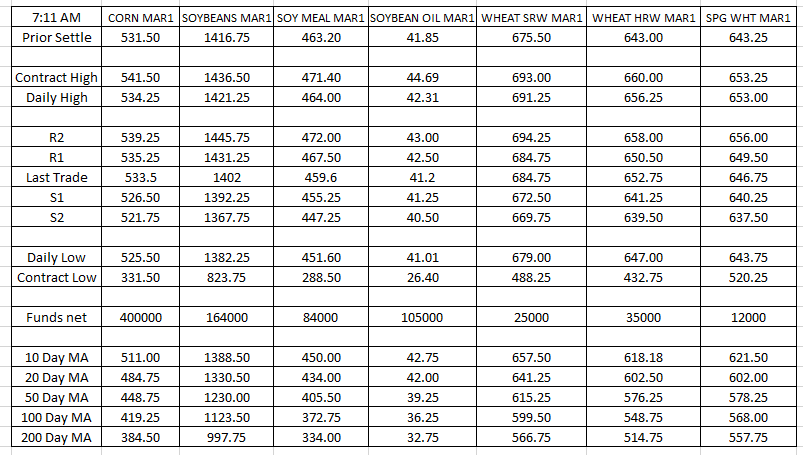