Outlook:  Profit taking continues to be the fare as prices are down 11 plus cents in overnight trade. Question is, will we see more correction or is this just a pull back to allow for the next leg up?

Outlook: Another smackdown for the soybean complex overnight. Beans started down and dirty right off the early overnight trade, accelerated by intermittent stops below 1380 in both SH and SK contracts. Timely rains in South America have been the trigger for the sell off along with an overdue technical correction.

Outlook: Lack of new bullish inputs and the sell off in corn and beans continued  the pressure on wheat prices overnight. KC wheat down 9, Chicago down 15 and Minneapolis down 8 as we move towards sun rise. 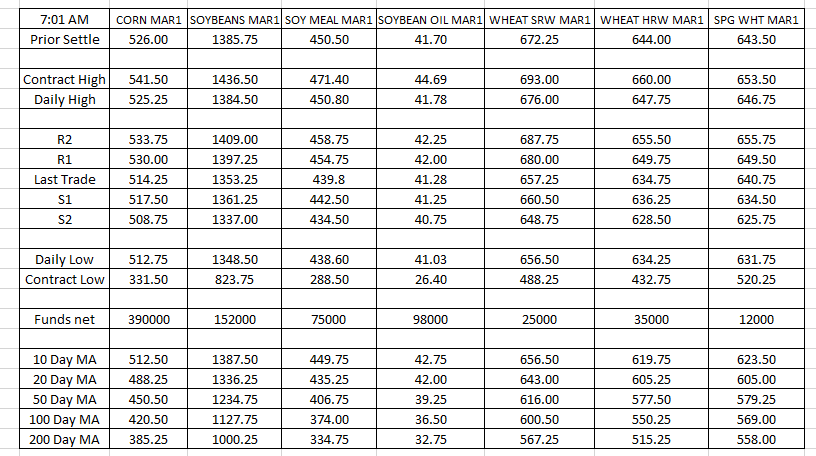