Outlook: November soybeans rebounded above their 200 day moving average yesterday and are seeing continued support above that level this morning.

Outlook: All 3 classes of wheat have recovered to the area of yesterday’s highs.  Paris futures rallied to fill the gap they left on Monday. 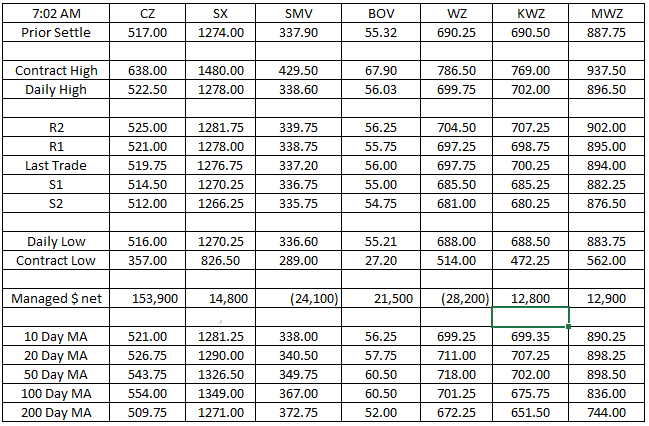