Outlook: Soybean oil strength is helping support soybeans this morning, but like corn, they are also testing resistance at their 20 day moving average.

Outlook: All 3 classes of wheat, plus Paris futures are finding strength this morning. 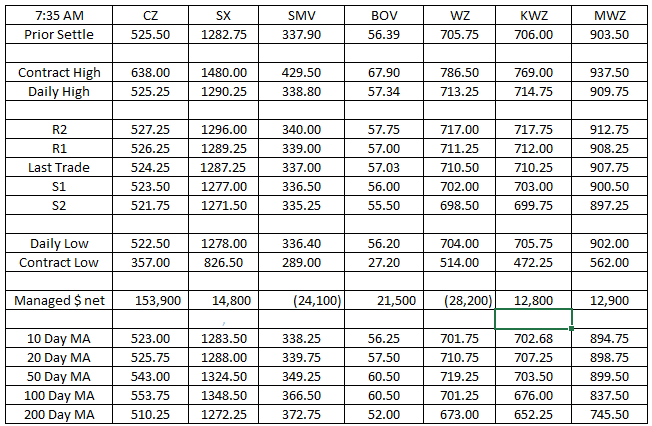