Outlook: Energy markets have continued to climb higher this morning as crude and products are all well above even once again. Crude oil prices are reaching the highest levels since March, just before the pandemic hit. A weakening dollar as well as positive news from AstraZeneca regarding their coronavirus vaccine has given a boost to energy prices for most of the week. That along with the clarity surrounding the Presidential election has provided support to both the energy and equity sectors. Earlier this week the Trump administration advised the General Services Administration to begin the transition process to President-elect Joe Biden. Yesterday afternoon an industry group released their weekly inventory report and showed that U.S. crude stocks rose by 3.8 million barrels last week. The Reuters poll of analysts and traders is estimating that crude inventories rose 127,000 barrels in the week ending November 20. Equities have taken a breather today after the DJIA closed above 30,000 for the first time ever yesterday. Despite the rosier outlook, weak jobs data from the Department of Labor has pressured the DJIA and the S&P into negative territory, while the Nasdaq Composite trades just above even. 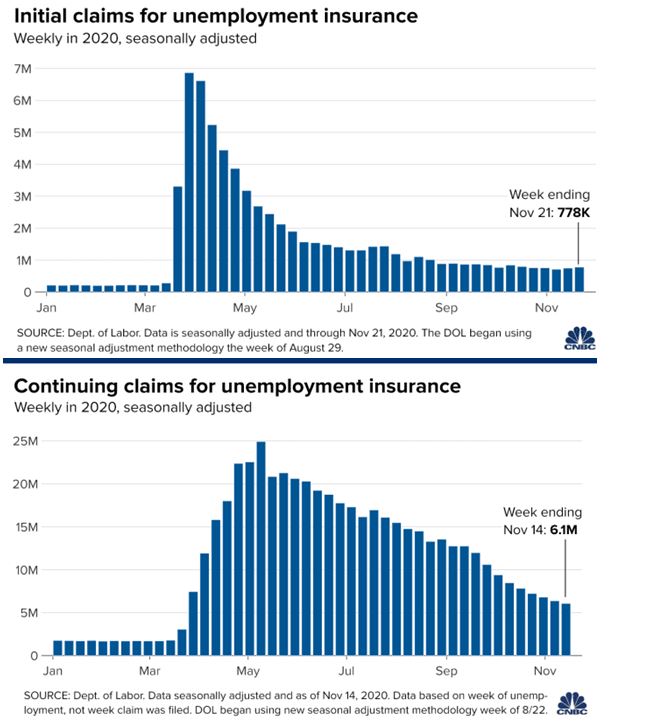