Outlook: Energy prices have taken another step back this morning as crude and products trade well below even. Pressuring the market is the announcement from OPEC that the meeting scheduled for today has been postponed until Thursday, December 3. Yesterday it was announced that the 13-member cartel had agreed in principal to extending the current 7.7 million bpd production cut through Q1 of 2021, contingent upon the OPEC+ allies agreeing to it as well. According to Reuters, key players of the group have disagreed on how much crude they should be producing as weak demand and rising coronavirus cases continue to pressure the complex. Over the weekend informal discussion with the Joint Ministerial Monitoring Committee heads were held, but no agreement was achieved. Russia suggested that OPEC+ should start increasing output by 500,000 bpd each month beginning in January. The market will be on pins and needles so to speak until a decision from OPEC+ is reached. Equities have leaped higher this morning as a new stimulus bill and strong Cyber Monday sales were announced. The DJIA rallied 11.8% in November, posting its best one-month performance since January 1987. The Nasdaq Composite and the S&P 500 rose 11.8% and 10.8%, respectively, posting their best month since April. 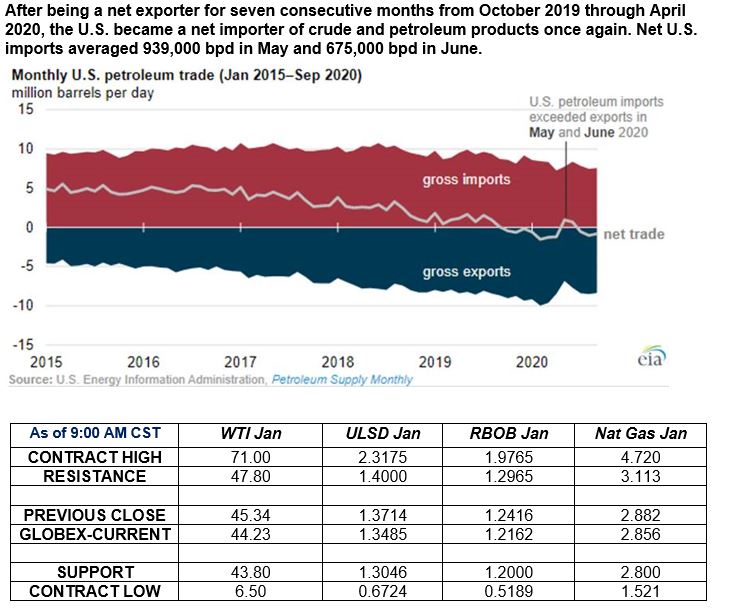