12.8.20 The energy complex has been mixed this morning as rising Covid-19 cases and slow stimulus negotiations weigh on the market.

Outlook: The energy complex has been mixed this morning as rising Covid-19 cases and slow stimulus negotiations weigh on the market. Crude oil has been down most of the morning, while product markets are holding onto small gains. Lawmakers in Washington are trying to extend government funding for an additional week, allowing for negotiations on the long-awaited stimulus bill to continue. The House plans to vote tomorrow on the funding measure, which would keep the government operating through December 18. Funding will lapse on Saturday if Congress cannot approve the short-term spending bill. White House coronavirus task force member Dr. Deborah Birx issued a warning over the weekend. She stated that the winter months of the pandemic will be “the worst event that this country will face, not just from a public health side.” More than 200,000 people in the U.S. are testing positive for the virus in the latest seven-day average from Johns Hopkins University. The U.S. is closing in on 15 million confirmed cases of the virus as well. Due to the sustained spike in cases, several states have reinstituted more stringent lockdown measures. New York Governor Andrew Cuomo stated that New York City could lose indoor dining within a week due to hospitals nearing capacity. Equities have been somewhat mixed to start the day, as all three major averages have traded both sides of even.

OPEC+ is planning to divide up the 500,000 bpd production increase proportionally. Russia and Saudi Arabia will be allowed to increase production by 126,000 bpd. See below for a further breakdown. 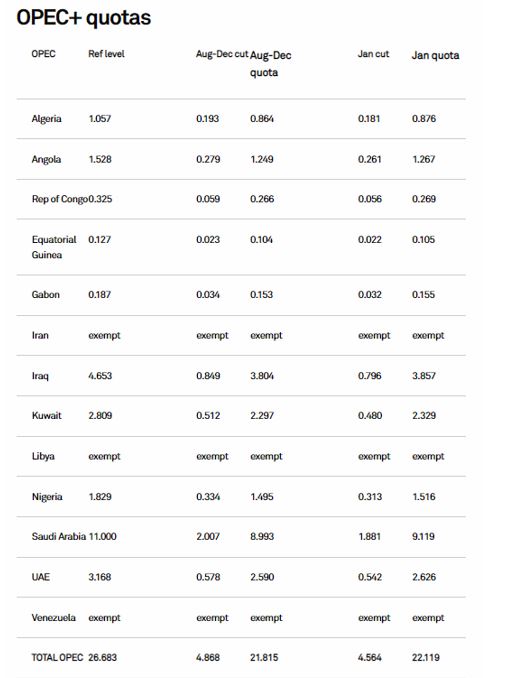 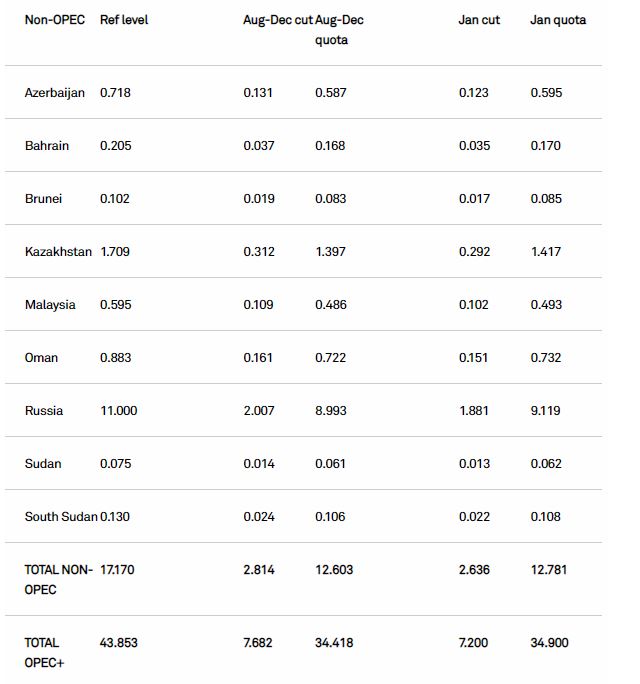