12.9.20 The energy complex has turned positive this morning despite bearish inventory data released yesterday from an industry group.

Outlook: The energy complex has turned positive this morning despite bearish inventory data released yesterday from an industry group. They reported that U.S. crude stocks rose 1.14 million barrels in the week ending December 4. The Reuters poll of analysts and traders is estimating that the EIA will report a 1.424 million barrel draw in U.S. crude inventories last week. The Weekly Petroleum Status Report from the EIA is due out this morning at 9:30am CST. A 90 year old grandmother became the world’s first person to receive the coronavirus vaccine, as the U.K. started to rollout the vaccine from Pfizer/BioNTech yesterday. Health workers in the country have started vaccinating the most vulnerable. Despite the relief for vulnerable individuals in receiving their first dose, they’ll have to wait two to three weeks for their second dose, according to a Reuters report. Over 61,000 people in the U.K. have died due to the virus. The U.K. is expecting to vaccinate millions of citizens by the end of the year. Coronavirus cases here in the U.S. have exploded since the Thanksgiving holiday. Total cases have crossed the 15 million mark as of yesterday. Stimulus negotiations continue to press onward, as Senate Majority Leader Mitch McConnell announced yesterday that he will not push for the inclusion of legal liability protections in the next stimulus bill. He has also urged other members of Congress to pass a bill before the end of the year. Despite the more bullish outlook for a stimulus bill to advance, equities have been somewhat mixed this morning. The DJIA and the S&P 500 have both held onto small gains, while the Nasdaq Composite has traded both sides of even. 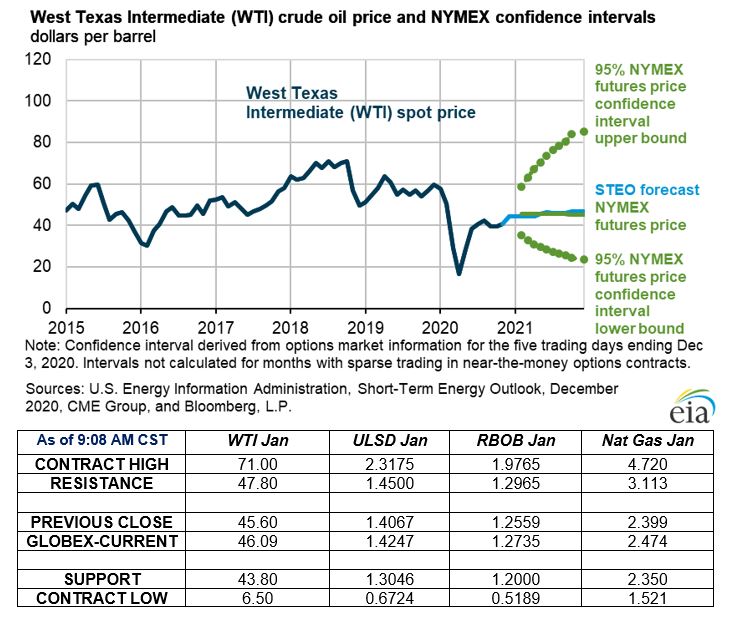