12.11.20 The energy complex has taken a bit of breather this morning as the market awaits a final decision from the FDA

Outlook: The energy complex has taken a bit of breather this morning as the market awaits a final decision from the FDA. A key FDA advisory panel voted 17-4 yesterday evening in recommending the approval of the Pfizer/BioNTech coronavirus vaccine for emergency use. The FDA is expected to accept the recommendation from the Vaccines and Related Biological Products Advisory Committee, and they could grant the emergency use authorization as early as today. Once the authorization is granted, nearly 3 million doses of the vaccine would be distributed throughout the country within 24 hours by the U.S. government. The FDA has reportedly contacted the U.S. Centers for Disease Control and Prevention, as well as Operation Warp Speed in order to allow them to execute their plans for distributing the vaccine promptly. Vaccine headlines will continue to be the main point of emphasis for market participants. Stimulus negotiations continue to chug along, but little progress is being made. Lawmakers hope to approve a new round of stimulus measures before the end of the year, when members of Congress leave for the holidays. House Majority Leader Steny Hoyer told representatives that the chamber would adjourn until Tuesday. Senate Majority Leader Mitch McConnell informed congressional leaders that Senate Republicans were unlikely to support the $908 billion bipartisan proposal. At this point it seems unclear as to what kind of bill will garner enough support to pass through both chambers of Congress. Enhanced unemployment benefits and rent support measures expire at the end of the year. Rising unemployment as reported by the U.S. Department of Labor yesterday, as well as a new all-time high number of deaths related to Covid-19 should hopefully push lawmakers to come to the table and reach an agreement. Equities have fallen for a third straight day, and are on track for their first weekly loss in three weeks. All three major averages are trading well below even to start the day. 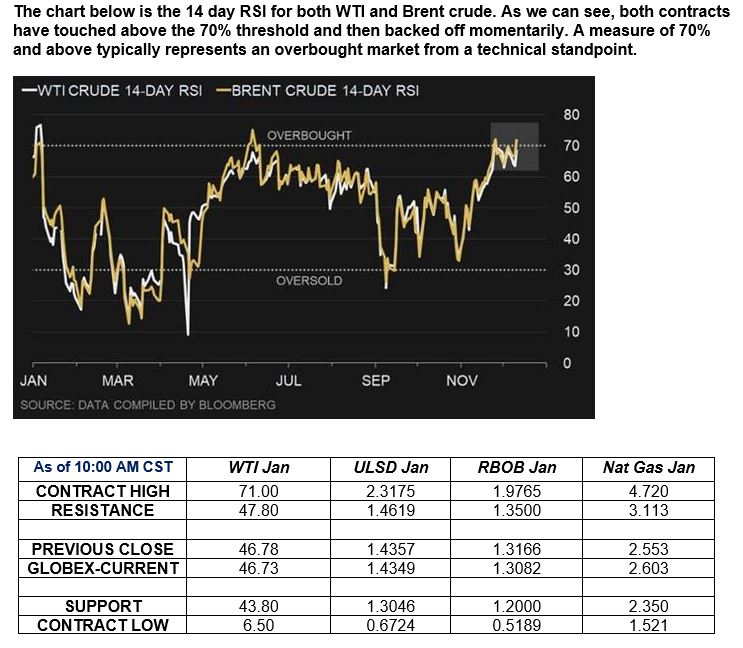