12.14.20 The energy complex has pushed further into negative territory this morning after crude and products were trading both sides of even earlier in the session

Outlook: The energy complex has pushed further into negative territory this morning after crude and products were trading both sides of even earlier in the session. The Pfizer/BioNTech coronavirus vaccine has been granted an emergency use authorization from the FDA and has started to be shipped from a facility in Michigan to hundreds of distribution centers across the country. The first dose of the vaccine was administered in New York this morning. The FDA is also likely to grant Moderna’s vaccine the same authorization later this week. New cases of the virus continue to rapidly move higher, as more than 219,000 cases were reported on Saturday, along with over 2,300 deaths. Providing some level of support for the complex comes from the news that an oil tanker was hit with an explosive device in the Saudi port of Jeddah, which is reportedly being called an act of terrorism. We’ve seen some sparks lately, with two Iraqi oil wells falling victim to terrorism last week. Tensions flaring in the region have historically caused dramatic price spikes. Risk-premium doesn’t really appear to be pricing itself in at this time however. Stimulus negotiations here in the U.S. continue to press onward. An update to the bipartisan plan could be introduced today, according to a Reuters report. The $908 billion plan that was previously introduced would be split into two parts in order to improve the likelihood of it being passed through both chambers of Congress. $748 billion would be put towards funding for small businesses and unemployment, while the remainder of the $908 billion would be in a separate bill that would include funding for liability protections. Equity markets have bounced higher this morning, with all three major averages trading well above even. 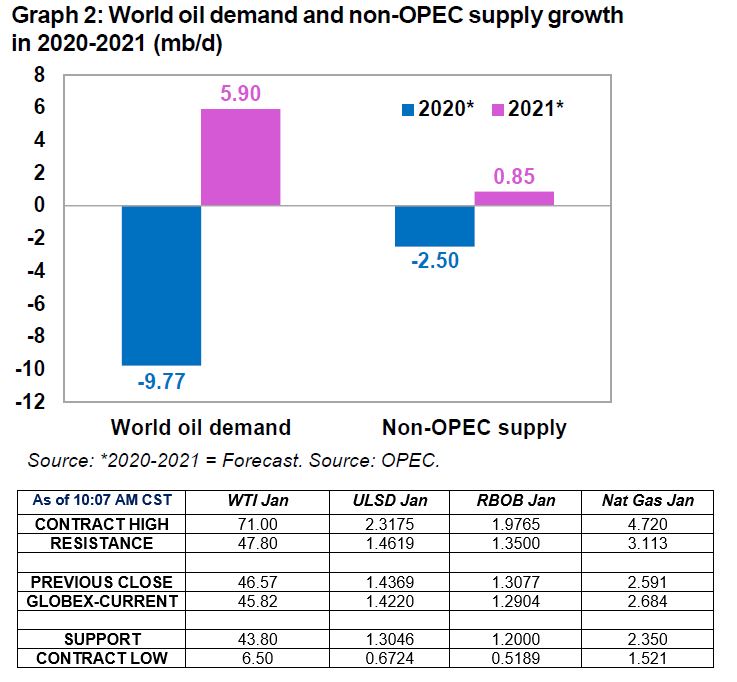