12.24.20 The energy complex has turned negative this morning as a mutant strain of the coronavirus is raging in the UK

Outlook: The energy complex has turned negative this morning as a mutant strain of the coronavirus is raging in the U.K. The mutated virus appears to be more contagious and will likely lead to higher levels of hospitalizations, according to a Bloomberg report. The new strain is 56% more transmissible, according to a study from the Centre for Mathematically Modelling of Infectious Disease at the London School of Hygiene and Tropical Medicine. Denmark, Australia, and Singapore have also reported cases of the new strain. The current vaccines are reportedly just as effective against this new strain however. This morning Democrats in the U.S. House of Representatives moved to increase the size of the direct payment checks in the recently passed stimulus bill. The measure comes as President Trump has railed against the stimulus bill, calling it a disgrace and saying that the direct payments should be $2,000 instead of $600. The measure was blocked by Republicans in the House however. Despite the lack of larger payments, it is still expected that President Trump will sign both the government funding bill and the coronavirus relief bill into law in the near future. Equities have found strength this morning as all three major averages are trading above even. 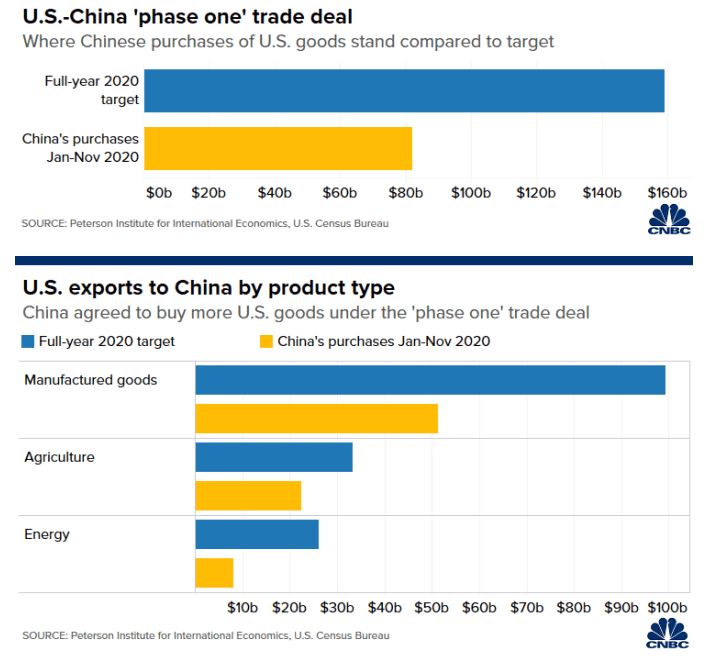