1.22.2021 The energy complex has shifted lower this morning as rising Covid cases in China and increased lockdown measures are likely to pressure global demand

Outlook: The energy complex has shifted lower this morning as rising Covid cases in China and increased lockdown measures are likely to pressure global demand. China plans to impose strict testing requirements during the Lunar New Year holiday season, which typically sees tens of millions of people traveling during the 7 day festival. Covid-19 cases in China are rapidly increasing at rates not seen since the first wave of the pandemic broke out in early 2020. Those rising cases are forcing millions of people near Beijing to be placed into lockdown. Chinese crude oil demand has been supporting the complex for the majority of the past year, as Chinese refiners processed a record amount of crude oil in 2020. Preventing steeper losses and providing some support to the complex comes from an IHS Markit report that shows that U.S. manufacturing activity increased to its highest level in over 13 years in the early parts of January. IHS Markit’s flash U.S. manufacturing PMI rose to 59.1 in the first half of January, which is the highest since May 2007. Manufacturing PMI in December was measured at 57.1. A measure above 50 indicates an expansion, while a reading below 50 indicates a contraction. Despite the uptick in economic activity, equities are starting the day in the red. All three major averages are trading slightly below even. Pressuring equities lower stems from doubts in regards to the ability of Congress to pass the $1.9 trillion stimulus plan that President Biden has proposed. House Speaker Nancy Pelosi has stated that the House will start to work on the stimulus plan immediately, with the potential that a bill could hit the House floor by the first week of February. 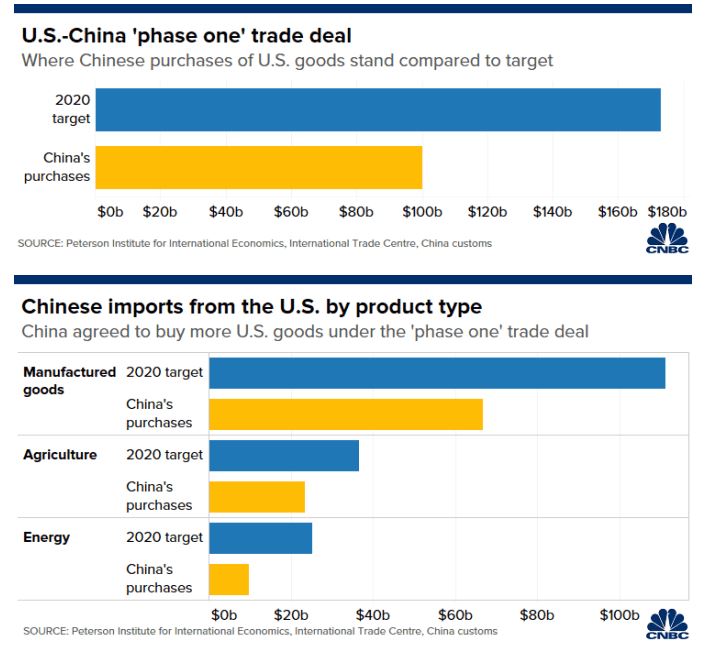