Outlook: The energy complex has continued its move higher this morning with crude prices touching new 12 month highs. The continuous WTI crude chart was seen breaching the $55 mark today for the first time since January of 2020. Support this morning stems from the prospect of demand recovery along with lower production. Yesterday, Saudi Arabia began its voluntary 1 million bpd cuts that will last through February and March. OPEC’s exports will be decreased significantly due to this cut with many analysts expecting supply shortages of around 1.5 million bpd this year. OPEC+ experts are scheduled to hold a meeting today in order to discuss the recent price rallies. The meeting will review the group’s demand outlook along with members’ compliance with the current output cuts. Reuters has reported that a document created for this meeting lowered the oil demand growth by 300,000 bpd to 5.6 million bpd. A ministerial panel is also scheduled to meet tomorrow in order to review the recent market activity. Optimism for increased heating fuel demand has also propped up markets this morning as a large portion of Northeast U.S. is now in a severe winter storm. As for outside markets, equities are also seen starting the day higher. Optimism in regard to vaccine efforts has surfaced this morning as the U.S. reportedly administered more vaccines in the past day than it had positive cases. Pfizer also announced that they would have 200 million additional doses delivered to the U.S. by May, which is sooner than expected. Overall market sentiment today is overwhelmingly positive as both energies and equities seem to be on a bullish run.

OPEC+ has reported that they expect the global oil market to remain in a deficit throughout 2021 despite the groups decrease to 2021 demand growth. Production cuts, including Saudi Arabia’s voluntary cut, are expected to help the market remain balanced throughout the year. 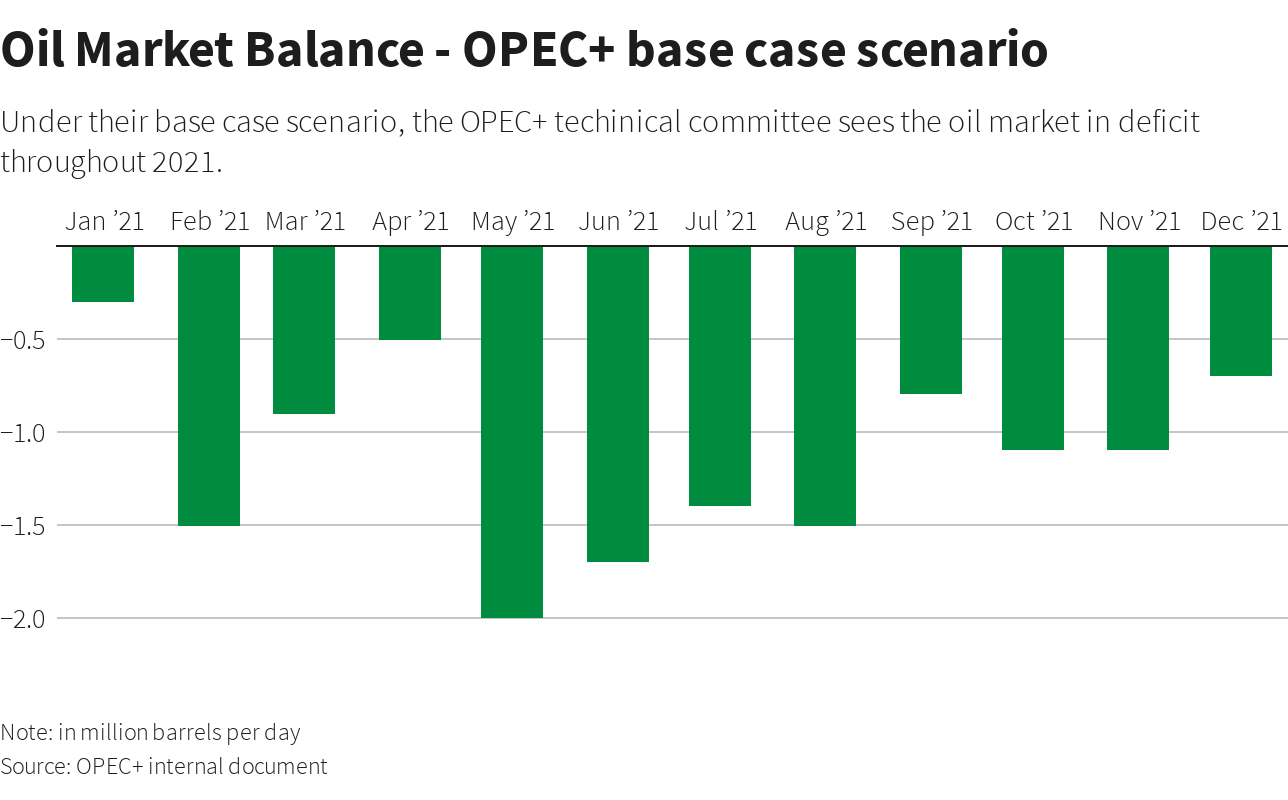