2.5.21 The energy complex continues to push higher this morning, as crude prices have hit the highest level since January 2020

Outlook: The energy complex continues to push higher this morning, as crude prices have hit the highest level since January 2020. Strength in the market continues to stem from familiar places. Anticipated tightness in global crude supplies due in large part to OPEC+ compliance has continued to buoy prices. Vaccine headlines have also been quite supportive in the last few days. Johnson & Johnson has applied for an emergency use authorization from the U.S. Food and Drug Administration. J&J released clinical data last week and showed that their single dose Covid-19 vaccine was 66% effective in protecting against the virus. The J&J vaccine was also 100% effective in preventing hospitalizations. The FDA has signaled that they would give authorization to a vaccine that was at least 50% effective and proven to be safe. The FDA has scheduled a meeting of its Vaccines and Related Biological Products Advisory Committee on February 26 to discuss the emergency use application from J&J. It seems likely the vaccine will be approved for emergency use, and likely would begin shipping sometime in early March. Stimulus headlines are also providing an additional layer of support, as Senate Democrats have passed a budget resolution earlier this morning. By pushing the coronavirus relief bill through the reconciliation process, it would allow the bill to pass with just a simple majority. The bill was sent back to the House as some changes were made, but it is expected the House will vote on it for a second time later today. Equities have started the day slightly mixed, as the DJIA and the S&P 500 are both holding onto gains, while the Nasdaq Composite has traded both sides of even. 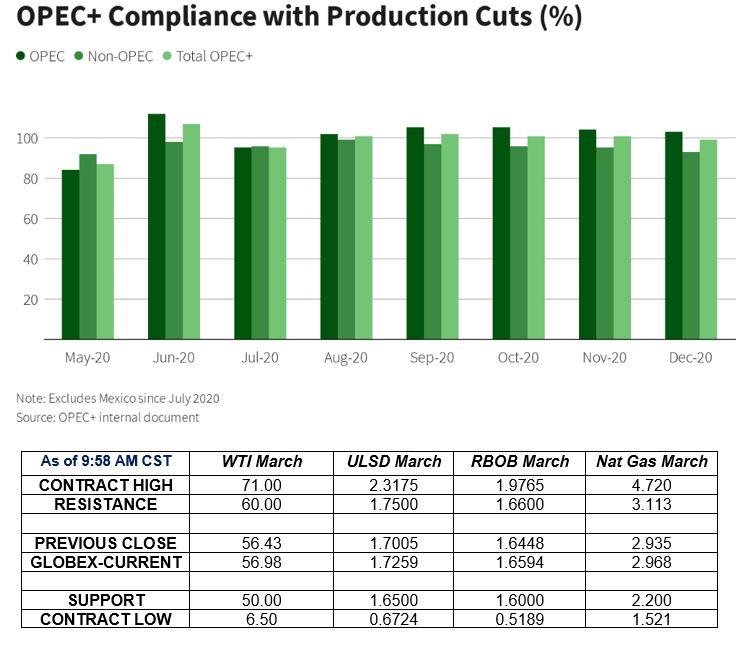