2.17.2021 The energy complex has traded both sides of even this morning as the market looks for direction after yesterday’s strong rally.

Outlook: The energy complex has traded both sides of even this morning as the market looks for direction after yesterday’s strong rally. Concerns with production still remain with some analysts expecting that a rebound could take a week or two at most of the oil and gas wells that had shut down. Much of Texas is still without power today with the Electric Reliability Council of Texas stating that 2.7 million are still experiencing outages. Prices for now will continue to be supported by the recent frigid temperatures but will likely return to formerly traded fundamentals soon. OPEC+ production cuts have stepped back into the spotlight as traders look towards the inevitable ease of curbs. Sources have reported to Reuters that the group will most likely ease cuts after April but will take a conservative approach. The OPEC secretary general stated today that he is optimistic about 2021 recovery but remains cautious as Covid-19 continues to dampen demand. Outside markets are taking a step back this morning with the S&P 500 and DJIA both trading slightly lower. The US dollar is stronger. Sentiment has improved as more positive Covid-19 headlines are reported. The World Health Organization stated today that the global number of new cases has dropped by 16 percent in the last week and the U.S. has seen a 23.7 percent decrease. President Biden stated yesterday that every American who wishes to be vaccinated will have the access to one by the end of July.

Official data reported this morning showed that Saudi Arabia’s crude oil exports hit an eight month high in December 2020 which marked the sixth consecutive monthly increase. Exports were seen rising to 6.495 million bpd which is the highest value seen since April of 2020. 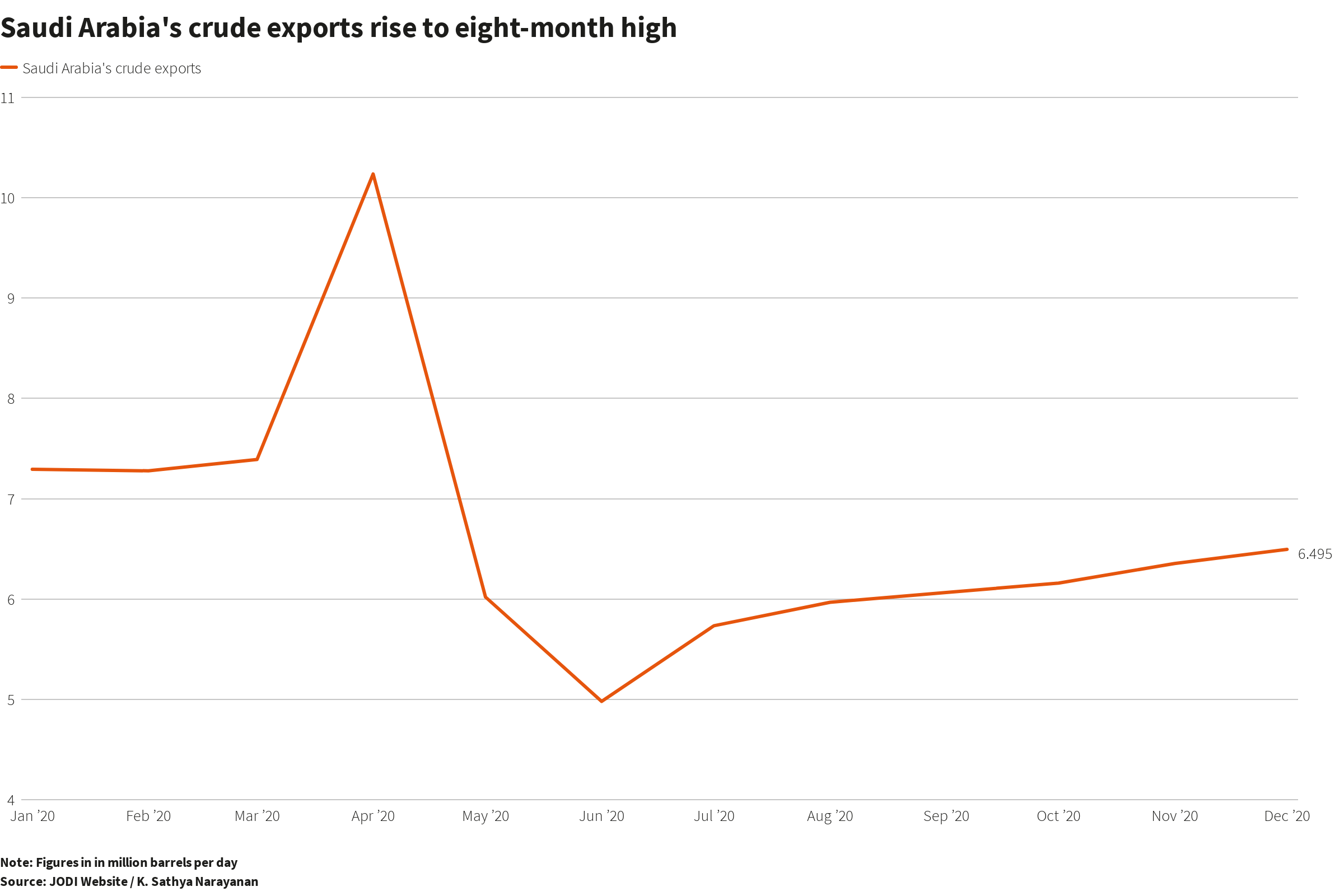