2.26.21 The energy complex has faced a bit of a correction this morning, as crude and products are all trading well below even

Outlook: The energy complex has faced a bit of a correction this morning, as crude and products are all trading well below even. A much stronger dollar is pressuring the market lower. Strength in the dollar was prompted by a sell-off in the bond market. Adding further pressure to the market is the expectation that OPEC+ will agree to increase production in April. The group is meeting virtually on March 4, where it is increasingly likely that they will agree to raise production by 500,000 bpd in April. Saudi Arabia is also likely to halt the 1.0 million bpd voluntary output cut in April, which they agreed to undertake in February and March. The U.S. House of Representatives is aiming to pass the $1.9 trillion stimulus bill later today and send it to the Senate. Negotiations in the Senate are likely to change the language of the bill and what it includes. Yesterday the Senate parliamentarian Elizabeth Macdonough ruled that the $15 minimum wage portion of the stimulus bill cannot be included as it does not comply with the rules with regard to passing a bill via budget reconciliation. Senate majority leader Chuck Schumer has stated that Democrats plan to pass the bill and send it to President Biden before the March 14 expiration of unemployment benefits. The relief bill includes $1,400 direct payments, up to $3,600 to families with children 6 years old and younger, $400 per week unemployment insurance, a combined $70 billion for the Covid-19 vaccination program and for testing, and $350 billion for state and local governments. Equities have had a mixed session thus far. The DJIA has fallen into negative territory while the S&P 500 and the Nasdaq Composite have traded both sides of even. 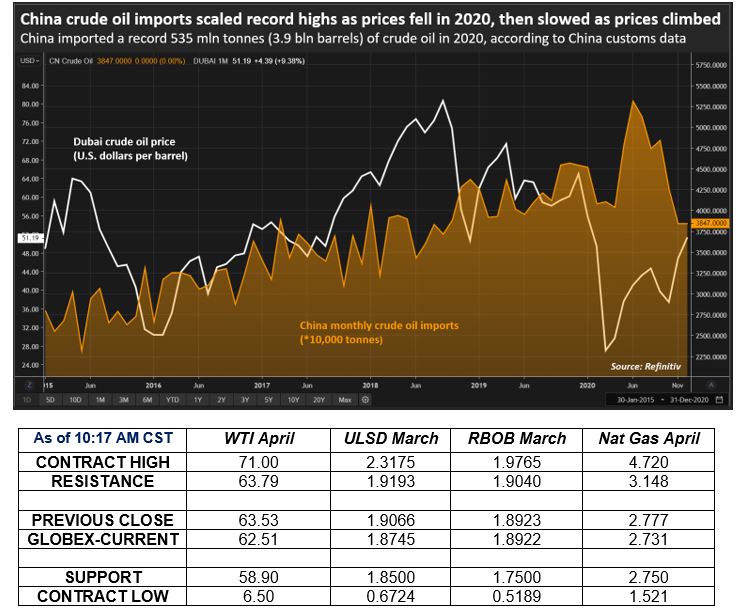