3.3.21  The energy complex has moved higher this morning as the market awaits a decision from OPEC

Outlook: The energy complex has moved higher this morning as the market awaits a decision from OPEC. The Joint Ministerial Monitoring Committee is meeting today, while the oil ministers will meet tomorrow. According to a report from Reuters, OPEC+ is considering rolling the current production quotas into April instead of increasing output. It was expected that the group would increase production by 500,000 bpd in April, and that Saudi Arabia would end its voluntary 1.0 million bpd output cut, but now that may not be the case. The market will be keeping a keen on any announcements that come from OPEC+. Yesterday afternoon President Biden stated that the U.S. will have enough supply of Covid-19 vaccinations to inoculate every adult in the country by the end of May, which is two months earlier than anticipated. The announcement comes as the Johnson & Johnson vaccine has been granted an emergency use authorization, and the Biden administration works to increase production of the J&J vaccine. Merck, which is a large pharmaceutical company, will be helping with producing the J&J vaccine. Adding further support is an announcement from Senate Majority Leader Chuck Schumer. He stated on Tuesday that he has enough votes in the Senate to pass the $1.9 trillion coronavirus relief bill, and plans to move forward with the bill as early as today. If that were the case, the relief package could be voted on by as early as Friday. Schumer has indicated that the Senate will pass the bill before the March 14 deadline when unemployment benefits expire. Equities have had a mixed start to the session, as the DJIA has held onto relatively small gains, while the S&P 500 and the Nasdaq Composite are trading below even. Pressuring equities is the 10-year Treasury yield, which has gained about 6 basis points to 1.47%. 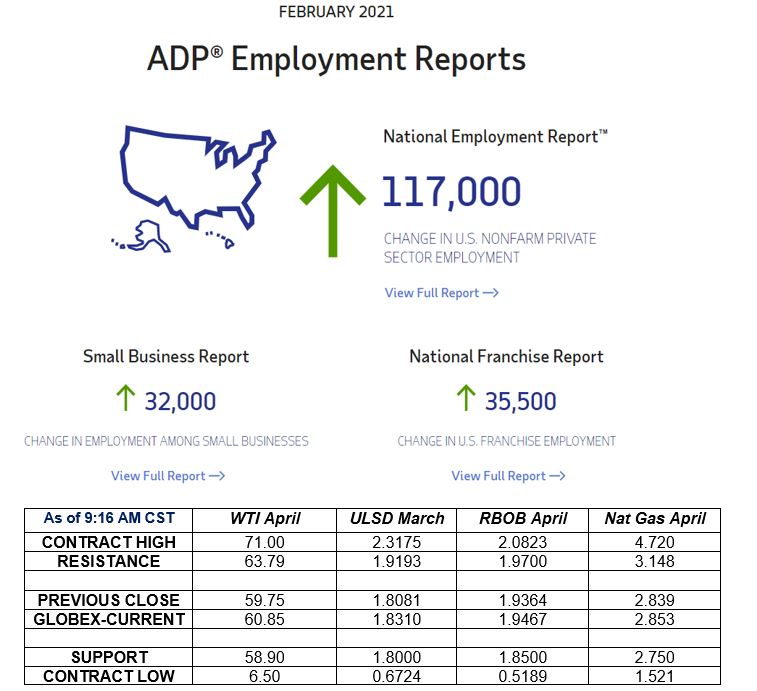