3.17.21 The energy complex has continued to fall this morning, marking the fourth day in a row of losses

Outlook: The energy complex has continued to fall this morning, marking the fourth day in a row of losses. Concerns about weaker demand in Europe have put downward pressure on the complex. Several countries in Europe have halted the use of the AstraZeneca vaccine due to concerns about blood clots. The complex is also being pressured due to a report from the International Energy Agency. They stated that oil prices are unlikely to mount a dramatic and sustained comeback. Data from the group suggests that ample inventories and a large amount of spare production capacity will prevent a supercycle event from taking place. Spare capacity from OPEC+ is currently almost 10 million bpd. The Federal Reserve is concluding its two-day policy meeting today, with Chairman Jerome Powell holding a news conference later this afternoon. Inflation concerns have caused Treasury yields to rise dramatically in the last several weeks. Yields were around 1% at the end of January but have risen above 1.6% on the benchmark 10-year note. The yield hit 1.67% earlier in the session, which is the highest level in 13 months. Equities have had a mixed session thus far. The DJIA is currently trading both sides of even, while the Nasdaq Composite and the S&P 500 have fallen into negative territory. Investors will be looking towards the press conference this afternoon for guidance going forward. 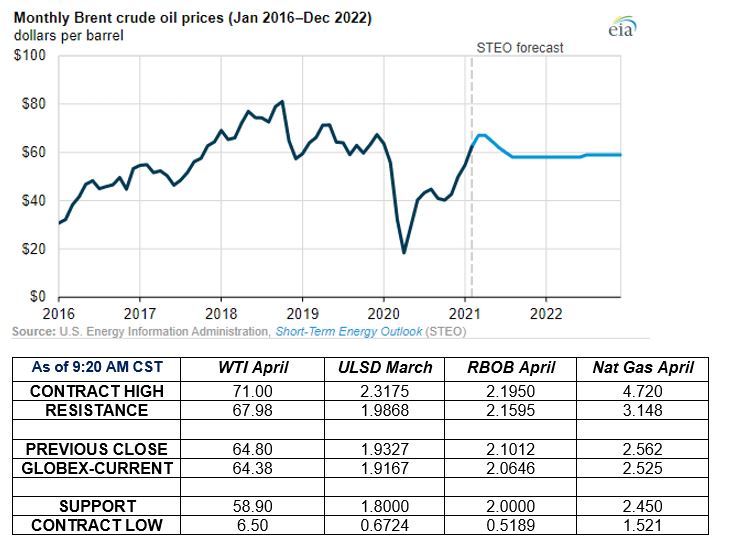