3.18.21 The energy complex has continued to fall lower this morning, marking the fifth consecutive day of losses in the market.

Outlook: The energy complex has continued to fall lower this morning, marking the fifth consecutive day of losses in the market. Weakness continues to stem from supply and demand concerns after yesterday’s inventory report. Macro woes also pressures markets after an unexpected bearish unemployment report released this morning. The Labor Department reported that jobless claims increased to 770,000 in the last week, up from 725,000 in the previous period. Investors had expected another decrease in claims after recent loosening of covid-19 restrictions. The market also remains watchful of developments regarding the AstraZeneca vaccine after many EU countries halted use. The WHO has stated that the countries should still use the AstraZeneca doses, but markets will stay more warry until vaccination paces pick back up. Yesterday’s Federal Reserve commentary did help support markets for a short period, but indices have already slipped lower again this morning after the 10-year yield surged up to a new 14 month high. Both energy and equity markets will likely remain on the defensive for now until vaccine supply issues are sorted out. 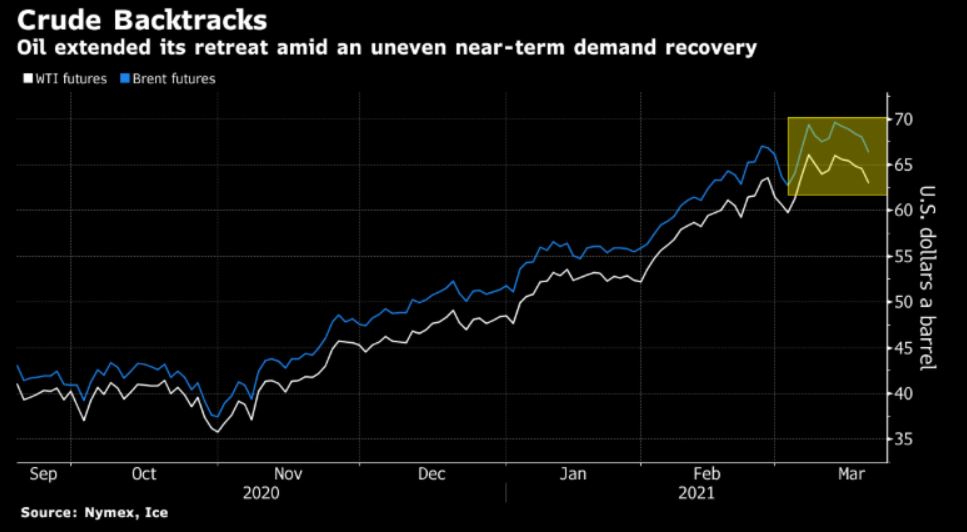