3.24.21 The energy complex is trading in the green this morning, making up for some of yesterday’s drastic losses.

Outlook: The energy complex is trading in the green this morning, making up for some of yesterday’s drastic losses. Yesterday the market saw crude oil lose around 6% and products around 4-5%. Concerns regarding Covid-19 had seeped into the energy complex as traders expect demand recovery to remain slow for now. Covid-19 headlines related to the EU have caused the most pressure on the market recently. German Chancellor Merkel stated this morning that the new British variant is more dangerous to young people. Today markets are underpinned by reports of a ship running aground in the Suez Canal, blocking passage for vessels in one of the most important maritime trade routes. This event is raising temporary supply concerns, helping to balance out with the current demand woes. Overall market sentiment remains bearish, but the market seems to be taking a slight breather after yesterday’s plunge lower.

The grounded vessel in the Suez Canal has caused the delay of dozens of ships on both ends of the canal. 100 vessels are said to be waiting to transit between the Red Sea and Mediterranean. 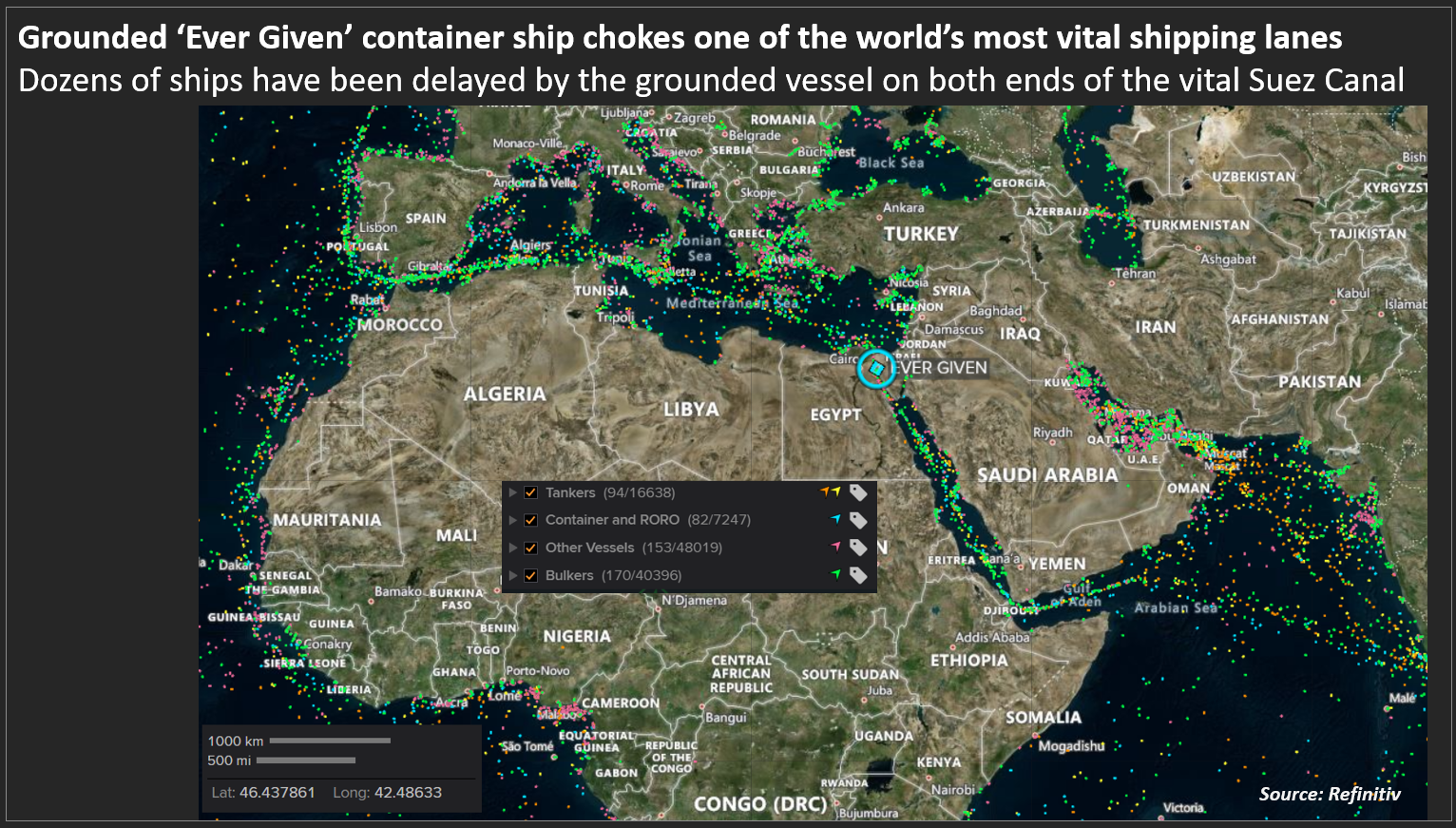