4.8.21 Energy markets have taken a step back this morning as bearish data from the EIA has weighed on the complex

Outlook: Energy markets have taken a step back this morning as bearish data from the EIA has weighed on the complex. Yesterday the EIA reported that crude oil stocks fell, while large builds in gasoline and distillate inventories more than offset the crude oil draw. Adding pressure to the downside this morning is the news that discussions between the U.S. and Iran are continuing to progress. Members of the 2015 nuclear accord are holding discussions in Vienna this week to attempt to revive the agreement. Both the U.S. and Iran are expecting this to be a tedious process, as Iranian officials have rejected any in-person discussions thus far. It is notable to keep track of however, as Iran has the capacity to increase production to around 4 million bpd. Iranian crude production currently stands around 2.35 million bpd. The U.S. has strongly sanctioned the Iranian energy industry, which has greatly limited their ability to export crude. A bit of positive news this morning is that U.S. airline travel has slowly been increasing over the last several months. According to TSA checkpoint data, 1.23 million passengers went through airport security yesterday. In 2020, that number was under 100,000. CNBC is reporting that major U.S. airlines are shifting focus and are looking to hire pilots. American Airlines has stated that net bookings last week were down just 10% when compared to the same time period in 2019. Equities are having a mixed session as the DJIA is trading both sides of even, while the Nasdaq Composite and S&P 500 are holding onto small gains. The S&P 500 closed at an all-time yesterday and has pushed through that level this morning. 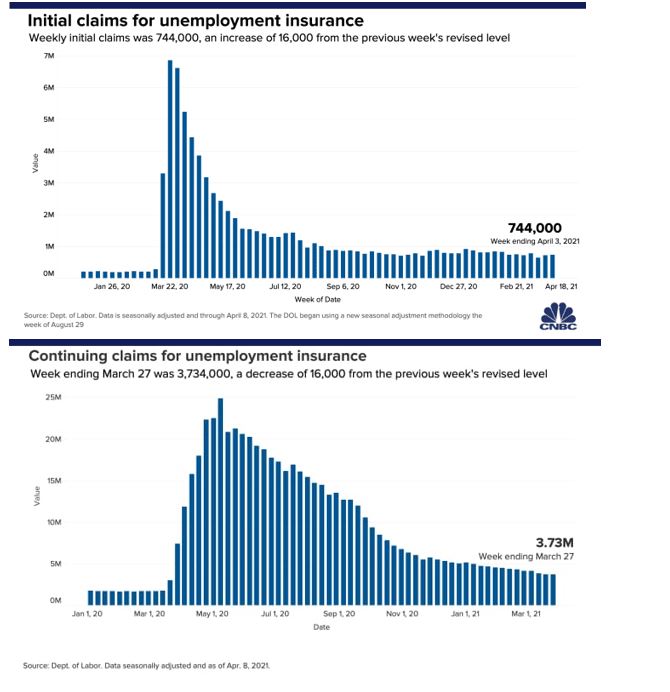