4.19.21 The energy market has steadied today as the presence of both positive and negative fundamentals helps balance out prices

Outlook: The energy market has steadied today as the presence of both positive and negative fundamentals helps balance out prices. Prices also are likely taking a bit of a pause after Brent and WTI were seen rising by 6% or more last week. This morning we are finding support from a weaker U.S. dollar along with strong vaccine progress in the U.S. On a more negative note however, gains are limited due to rising Covid-19 infections in India. India was seen reporting a record rise in cases today, lifting their total case count to over 15 million and placing them as the second worst affected country in the world. The capital region of Delhi has since ordered a six-day lockdown joining 13 other states and adding concern to markets as the restrictions are expected to weigh on fuel demand. Equities are also seeing a quieter start to the day with Dow and S&P 500 futures ticking lower after their record highs seen on Friday. The U.S. dollar fell to a six-week low today when compared to a basket of major currencies and Treasury yields are seen at their weakest level in five weeks. Although global Covid concerns remain, optimism related to economic recovery within the U.S. should continue to prove supportive for energy prices. Traders will also continue to keep an eye on current discussions between the U.S. and Iran. 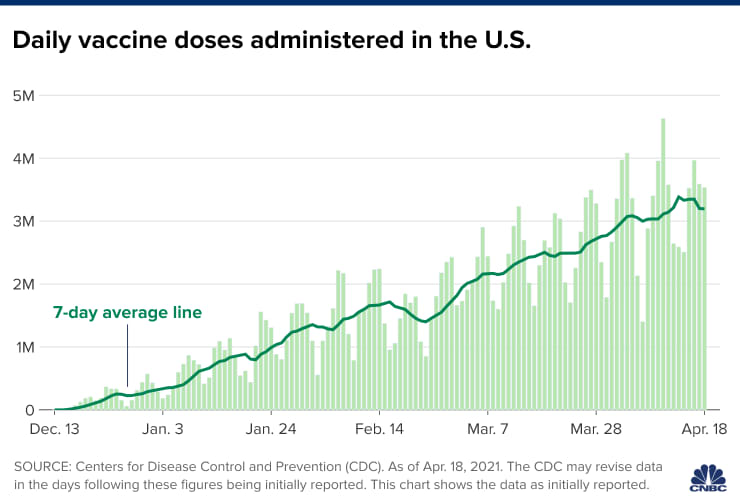