4.22.21 The energy complex has been slightly mixed and choppy as crude and products have traded both sides of even

Outlook: The energy complex has been slightly mixed and choppy as crude and products have traded both sides of even. A rapidly deteriorating situation in India is giving the market some pause, as Covid-19 cases in the country have exploded. India reported 314,835 new Covid-19 cases today, which is the highest daily increase in cases worldwide since the pandemic began. India also reported 2,104 deaths caused by the virus. New lockdowns in the country are being instituted today that will limit travel for only essential services. The outbreak in India is expected to take a bite out of global crude oil demand. According to a Bloomberg report, India’s surge in cases will reduce global oil demand by 550,000 bpd. Yesterday President Biden announced that the administration had reached its goal of 200 million vaccinations in the first 100 days in office. According to the most recent CDC data, the U.S. is averaging about 3 million vaccinations each day based on the seven-day average. Despite a better than anticipated unemployment report, equities are off to a bit of a mixed session as all three major averages are hovering near even. Analysts at Barclays have raised their year-end S&P 500 target to 4,400, which would be about a 6% gain from where it is currently at. 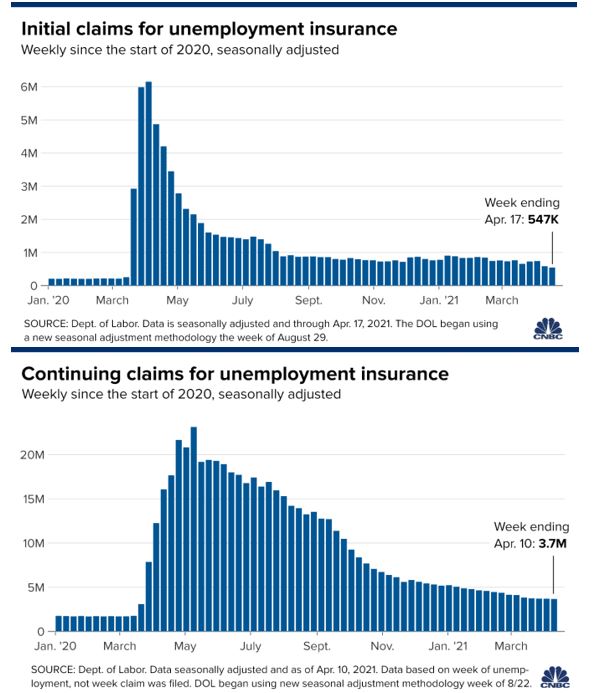