5.5.21 The energy complex has continued to push higher today, as crude and products are all trading well above even

Outlook: The energy complex has continued to push higher today, as crude and products are all trading well above even. Easing lockdowns in the U.S. and Europe continue to help elevate futures values. Strong vaccine rollouts in the U.S. have also added a layer of support to the complex, as more than 40% of the country has received at least one dose of a Covid-19 vaccine. Yesterday President Biden set two new vaccination goals for July 4. The first being getting 70% of U.S. adults to receive at least one dose. The second goal is to have 160 million adults fully vaccinated by that same date. According to the latest CDC data, the U.S. would hit those goals by mid-June if current vaccination rates held steady, but the seven-day average number of inoculations has fallen 35% in two weeks. Vaccine hesitancy and a preference for the Johnson & Johnson single-dose shot will be barriers to overcome. Equities are bouncing back after the sell-off that was experienced yesterday. U.S. companies continue to report much stronger earnings in Q1 than anticipated, with the latest being General Motors. Despite the global shortage of semiconductor chips that has caused production issues in the auto industry, GM reported first-quarter earnings that blew past expectations. GM reported earnings of $2.25 per share, while industry expectations had anticipated $1.04 per share. 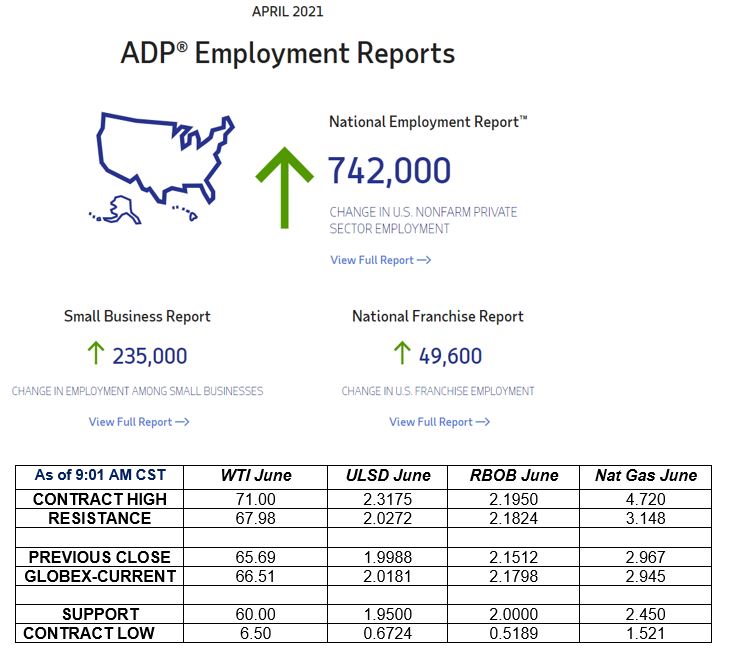