Outlook: The energy market fell lower to start the day as prices experienced profit taking after yesterday’s jump higher. Crude and products have since recovered slightly and now sit in the green. Colonial Pipeline has announced that their U.S. pipeline system should resume operations by this weekend. Effects of the shutdown seem to be less than first expected with the front month RBOB futures falling back to levels seen last week. This morning’s initial selloff was further caused by weakness in equities. Stock indexes are seen falling lower due to sharp losses in tech shares. Nasdaq futures have lost about 2% due to weakness in Apple, Facebook, Amazon, and Tesla shares. Recent headlines regarding inflation fears and a labor shortage have fueled todays selloff in the technology sector. Support in energy however stems from a weakening U.S. dollar and an optimistic demand outlook. OPEC released its 2021 demand prediction today, increasing its forecast by 200,000 bpd due to continued economic recovery in the U.S. and China. The group did cut its Q2 forecast due to the recent Covid spikes seen in India but was seen offsetting these losses with an increase in Q3 and Q4 forecasts. The lower direction seen in the market this morning was likely just temporary, with the long term trend still looking friendly for energy prices. 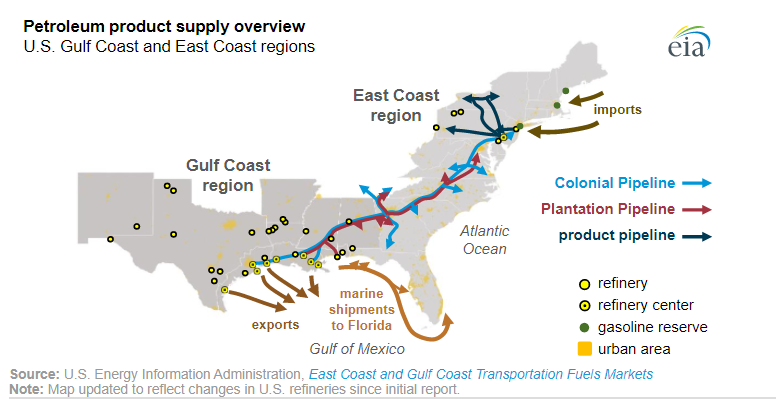