5.12.21 The energy markets are trading higher this morning in front of the updated Weekly Petroleum Status Report

Outlook: The energy markets are trading higher this morning in front of the updated Weekly Petroleum Status Report. Support stems from a rosier demand outlook after both the IEA and OPEC have reported optimistic outlooks for this year’s demand recovery. The International Energy Agency, IEA, released its monthly report this morning stating that oil demand recovery in 2021 is expected to continue outstripping supply. The agency recognized that even with the current issues persisting in India and increased Iranian exports, stronger demand beyond the second quarter should easily exceed supply. While both OPEC and the IEA referred to the issues occurring in India with Covid-19, both groups seemed confident that demand growth will continue across the globe, especially in the U.S. and China. Yesterday, a trusted industry group released their weekly inventory stats. The data showed a smaller than expected drop in U.S. crude inventories and traders will now look towards this morning’s government data to see if these stats are confirmed. Additionally, next week’s inventory reports are anticipated to show some effect from this week’s Colonial Pipeline shutdown. Issues continue to persist in eastern states as many gasoline stations began running out of fuel yesterday due to stockpiling. Colonial Pipeline states that the pipeline should be mostly restarted by the end of this week. Equities this morning are taking a bit of a hit due to this morning’s Consumer Price Index Report. The report showed that consumer prices rose by 4.2% in April compared to a year ago, above expectations of a 3.6% increase. This is the fastest increase in inflation since 2008. 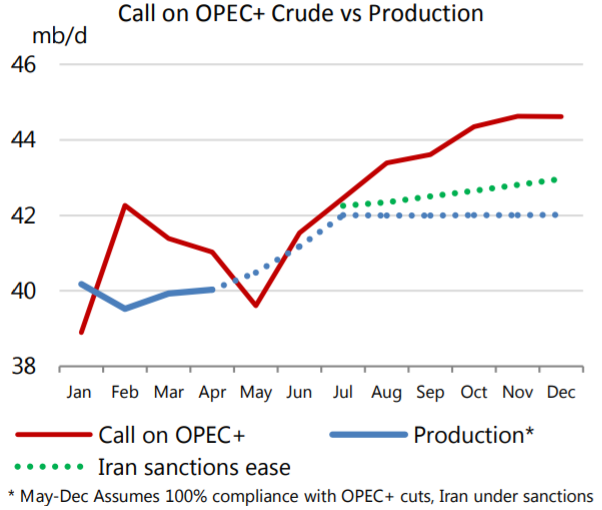