Outlook: The energy complex has moved slightly higher overnight, making up for some of the losses seen during yesterday’s sharp move lower. Crude oil futures have managed to build on their gains this morning, now trading about 2% higher on the day. Support stems from strengthening equities as Dow and S&P futures try to recover from their losses earlier in the week. The Federal Reserve attempted to ease inflation concerns this morning, stating that price rises should be temporary and are due to the reopening of the economy. The U.S. dollar was also seen weakening against a basket of major currencies which further supported the energy market. This morning the Commerce Department reported that retail sales were unchanged in April. Equity futures were seen paring some of their gains after this report and are on track to see weekly losses of around 2% for the Dow and S&P futures and over 4% for Nasdaq futures. Covid-19 related headlines within the U.S. also support markets, with the CDC announcing an easing of current guidelines yesterday afternoon. President Biden announced that the CDC will now allow fully vaccinated people to no longer wear masks indoors or outdoors. Several airline stocks were seen benefiting from this announcement as it is a strong sign of continued improvements within the U.S. While Covid-19 issues in India persist and limit gains in the market, prices should still continue their long-term upward trend despite this week’s volatility. 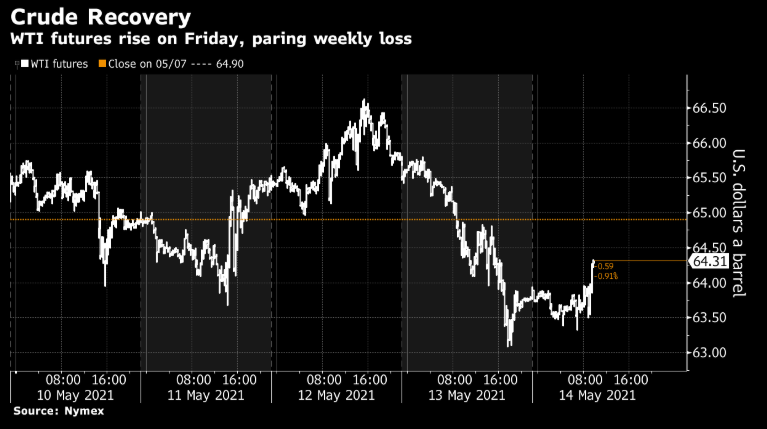