5.21.21 Energy futures have managed to push higher overnight but are still set to see a weekly loss

Outlook: Energy futures have managed to push higher overnight but are still set to see a weekly loss due to the last few consecutive days of sharp losses. Iranian nuclear talks have been the main catalyst for price action this week and continue to be so as experts expect a deal will be reached soon. Negotiations between the two countries are set to continue next week in Vienna. Analysts are forecasting that we will see a 1 million bpd increase in Iranian supplies during the second half of this year. Equity futures have also managed to find some strength this morning as tech stocks experience a bit of a bounce back after recent Bitcoin losses. Macro sentiment had experienced a slight setback this week due to expectations that the U.S. Federal Reserve would switch to a more hawkish stance. Additionally, news regarding the Israel Palestine conflict has buoyed markets as Israel and Hamas have agreed to a ceasefire. Overall markets will likely continue choppy trade in the near term, but optimism for the second half of the year remains.

Analysts are viewing this week's price action in commodities as a pause in the recent boom across energy, agriculture and metals. The energy sector has seen the biggest gains so far in 2021 as shown in the graphic below. 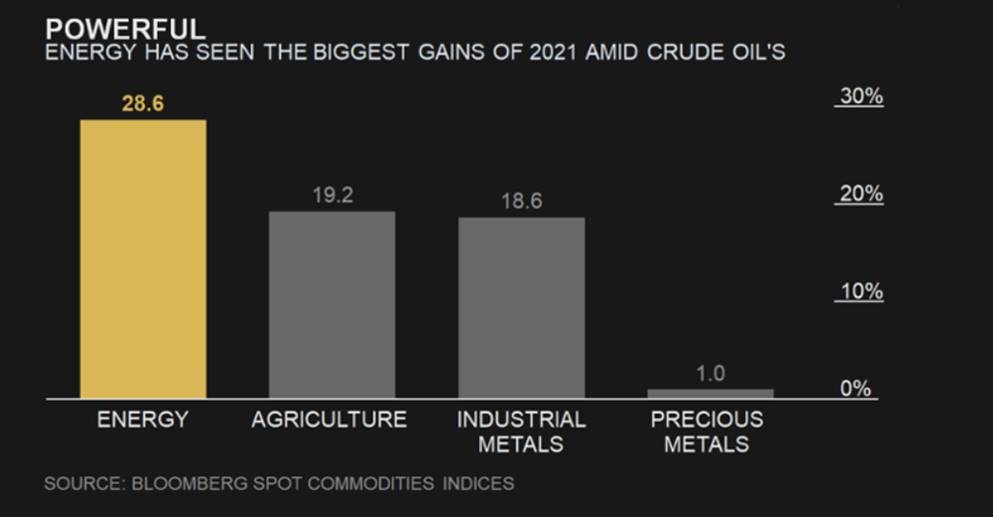