Outlook: The energy complex was originally seen falling lower during overnight trade but has since reversed some of its earlier losses. The front month WTI contract now sits slightly in the green as support stems from macros and speculation regarding Iranian nuclear talks. WTI futures managed to capture strong gains yesterday and now sit near one-week highs. The U.S. and Iran are still scheduled to resume talks this week. U.S. Secretary of State Blinken stated that they have not yet seen signs of Iran complying with nuclear commitments in order to have sanctions removed. Iran’s top negotiator also reported that serious issues still needed to be worked through. The markets seem to have brushed off the possible return of Iranian supply to the markets for now. Additionally, support stems from strong macros and economic recovery with equities also rallying higher this morning. Several airline companies have recently reported increasing costs in fares as travel demand has been seen spiking. Mobility trends from Apple devices have also shown a strong uptick in driving demand in recent weeks as restrictions were lifted. Overall, a possible increase in Iranian supply doesn’t seem too detrimental to the global market as strong signs of returning demand is expected to prop up prices in the long run. 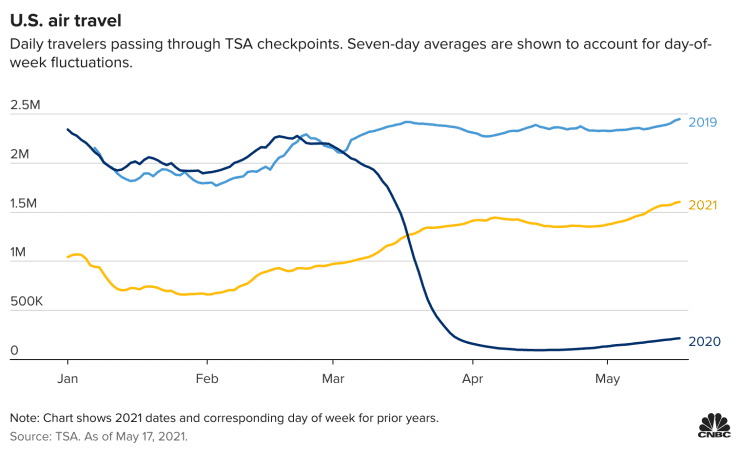