5.27.21 The petroleum complex traded lower overnight as the markets seem to be stuck in their sideways movement

Outlook: The petroleum complex traded lower overnight as the markets seem to be stuck in their sideways movement. The front month WTI contract was seen falling below $66 a barrel again but has traded within a tight $10 range since March. Yesterday’s inventory data from the EIA managed to give some short lived support, but weakness has continued as focus remains on Iranian supplies. Analysts however have recently stated that should Iran return to the market, the increase in supply would likely be gradual. JP Morgan sees an added 500,000 bpd by the end of this year and an additional 500,000 bpd by August 2022. Attention also turns to next week’s OPEC+ meeting that is scheduled for June 1. It is expected that recent concerns regarding Iranian supply with be an important topic in the group deciding its next steps. Equities this morning are seen climbing higher, finding support from this morning’s optimistic jobless claims report. The Labor Department reported a better than expected number of just 406,000 initial claims for the week ending May 22. Overall, economic recovery continues at a strong pace across the U.S. and EU, keeping markets well supported regardless of Iranian supply concerns. A sideways trend will likely remain for the short term as traders look towards next week’s OPEC+ meeting and wait for an official decision in regard to Iran sanctions. 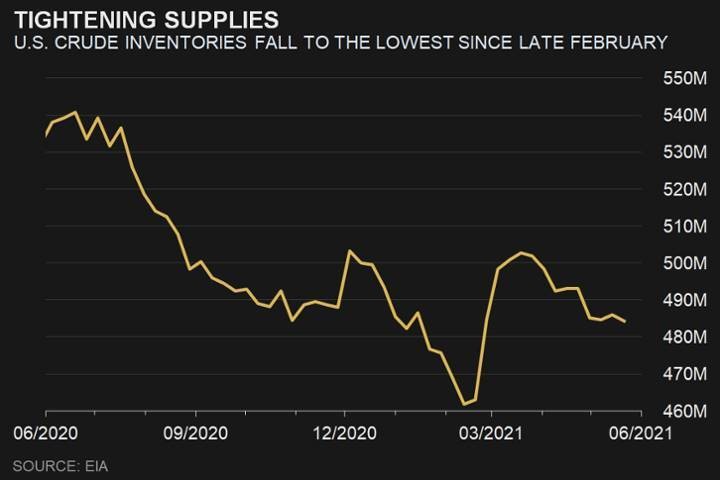