6.1.21 The energy market has started this week on a strong note

Outlook: The energy market has started this week on a strong note, with crude oil contracts trading to new highs overnight. The front month WTI contract was seen rising by over 3%, reaching prices not seen since 2018. Brent futures also rally higher, seeming to take another attempt at holding above $70, a level that has not been maintained for an extended period since 2019. OPEC+ talks and continued negotiations with Tehran are the main focus this morning. An OPEC+ committee has reported that the oil stockpiles caused by the pandemic are now nearly gone and will slide rapidly in the second half of the year. Analysts expect that the current supply plan will be maintained as the group balances the prospect of increased Iranian supply with recovering demand. Iran has also stated that they hope to reactivate the nuclear deal by August, signaling that current talks may not yet lead to increased Iranian supply for the market. Additionally, strong signs of economic recovery in the U.S, EU, and China are expected to balance out with the possible addition of supply to the global market. Equities also rally higher this morning to start the month as U.S. covid case counts reach their lowest levels in over a year and vaccination rates rise. 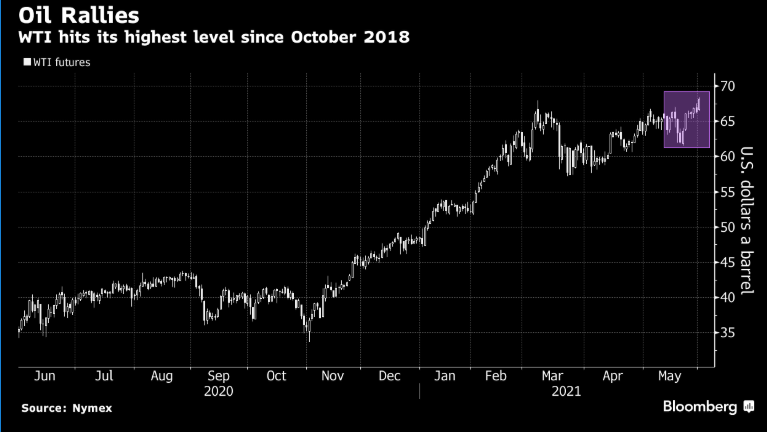