6.2.21 The energy market continues its rally higher this morning

Outlook: The energy market continues its rally higher this morning with crude and products all trading just under 1% higher on the day. Support continues to stem from OPEC+ decisions and expectations of strong demand recovery. OPEC+ agreed yesterday in its meeting to keep the current plan to increase supply gradually to the market,  the meeting was the shortest in history and only took 20 minutes. The markets are taking this as a strong sign of the group’s confidence in demand recovery. Additionally, the group’s forecast for the remainder of the year was revised to show a larger deficit of supply as the oil market rebalances. Currently it seems that the market is confident that returning demand will balance out any increases in OPEC supply and also possible increases in Iranian supply. Talks regarding Iran have slowed recently, and analysts are expecting that any return of barrels could now occur later in the year, when the economy is more stable. 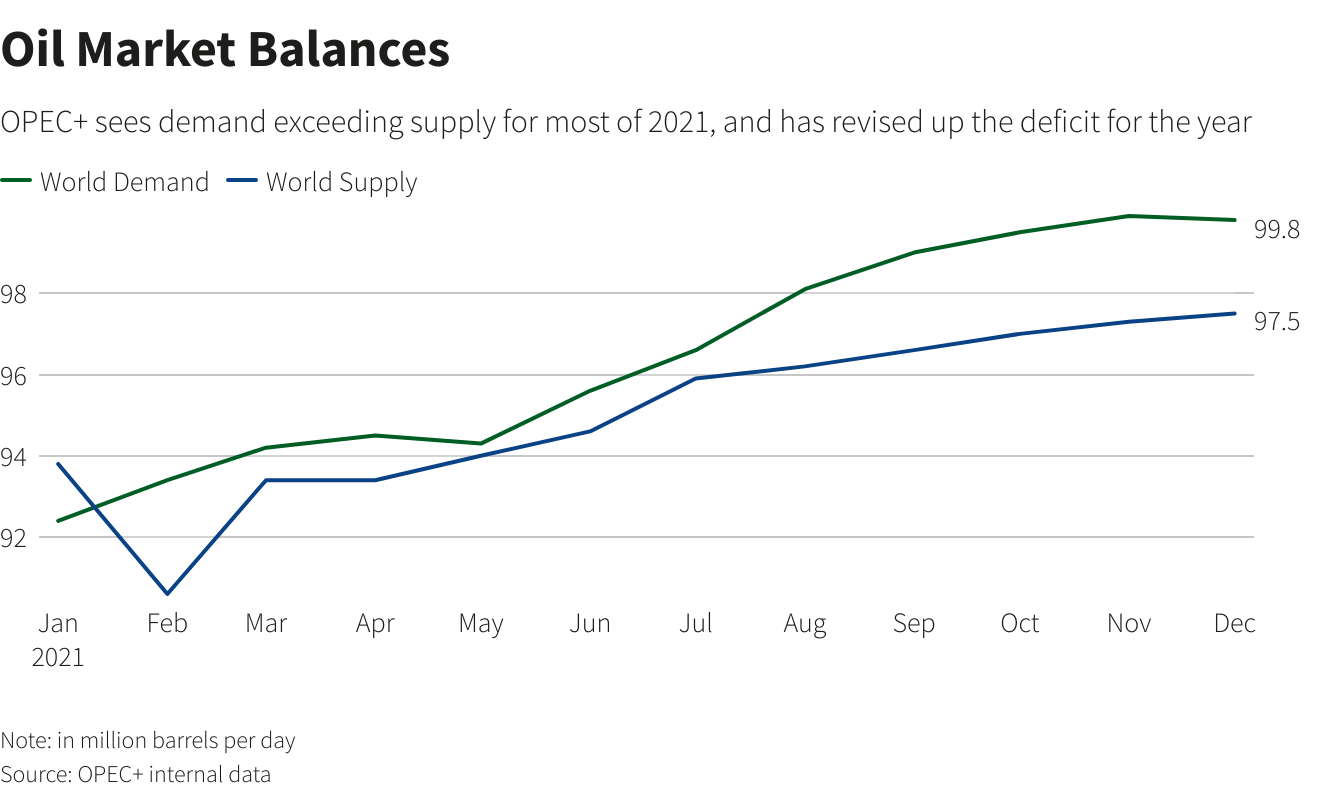