6.4.21 The energy complex seems to be heading into the weekend on a strong note

Outlook: The energy complex seems to be heading into the weekend on a strong note. Currently U.S. crude prices are up by over 4% on the week, while products are set to see gains of around 3%. Prices continue to find support from robust economic recovery, a bullish sign for demand in the second half of the year. Additionally, yesterday’s EIA report showed crude inventories falling for their second consecutive week, as stockpiles continue to ease. Iran talks have also slowed, lending additional strength to prices. A U.S. State Department spokesman stated yesterday that there should be a sixth round of talks between the U.S. and Iran, and possibly continue to more rounds beyond that. Equities also trade higher this morning, making up for some of yesterday’s losses. A weaker than expected U.S. jobs report caused the dollar to slip and aided Equities as investors view it as a sign the Fed will keep rates low. Signs of strong economic recovery had led to the idea that the Fed might slow down its bond buying and also raise rates. Overall demand recovery should continue to support markets, but traders will remain cautious of slower vaccination rates in Asia and also watchful of headlines regarding Iran. 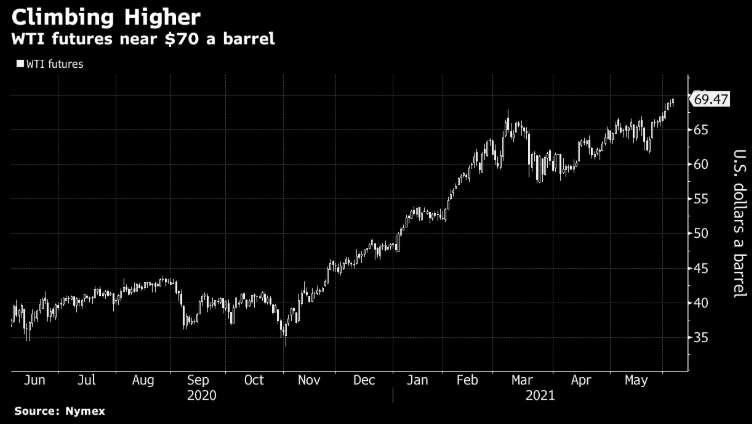