6.7.21 The energy complex is experiencing lower trade to start the week

Outlook: The energy complex is experiencing lower trade to start the week as crude and products sit mostly in the red. Prices are seen easing after last week’s strong rallies that brought oil up to two-year highs. The front month WTI contract managed to hit $70 a barrel during overnight trade, prior to falling lower. Weakness this morning likely stems from increased fund selling after hitting the $70 mark. Attention also remains on Iranian talks and the prospect of increased supply to the world market. Currently, however, it seems unlikely that any deal would be made prior to the Iranian presidential election that takes place June 18th. Robust demand across the world should continue to support markets. Congestion in European cities is seen at its highest level since 2019, and U.S. TSA Checkpoint numbers continue to climb higher. The strong demand recovery seen across the globe has aided in pushing oil prices up by more than 40% this year. Hitting the $70 mark likely caused some investors to exit their bull positions early, causing markets to stall slightly. Overall, however, markets should remain mostly steady as global recovery is expected to continue for some time. 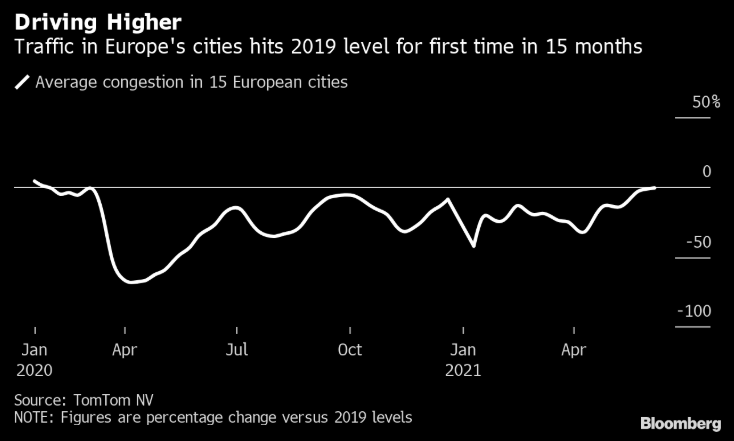