6.14.21 The petroleum complex has started the week on a positive note

Outlook: The petroleum complex has started the week on a positive note with crude prices hitting their highest levels in over two years. The front month WTI contract traded up to $71.75 a barrel overnight, its highest level since October 2018. Support in the markets stems from continued economic recovery and optimistic demand outlooks. Motor vehicle traffic in both North America and a majority of Europe has returned to pre-pandemic levels while airline traffic also continues to increase. As demand is seen surging across the globe, the IEA has stated that OPEC+ should increase production in order to ease tightening supplies. A lack of new developments with Iranian talks also supports the market as traders do not expect the increase in supply to occur anytime soon. According to reports from Bloomberg, the Iranian foreign ministry stated that there is “very little time left” to revive the 2015 nuclear deal. Markets will keep a close eye on these headlines going forward, but current demand fundamentals should supply ample support to prices. 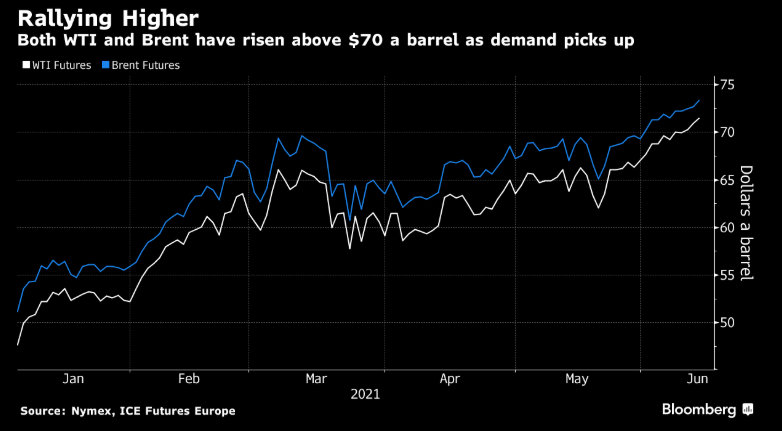