6.23.21 The energy complex trades higher this morning in front of the EIA’s Weekly Petroleum Status Report

Outlook: The energy complex trades higher this morning in front of the EIA’s Weekly Petroleum Status Report. Support stems from tighter inventories after the American Petroleum Institute reported that crude stocks had fallen by a massive 7.2 million barrels. The market’s uptrend seems to be gaining back its momentum as global demand continues to be strong while supplies tighten. Talks to revive Tehran’s 2015 nuclear deal are expected to lead to a removal of all U.S. sanctions on Iran’s oil and shipping, however negotiations remain on pause. Additionally, OPEC+ is set to meet on July 1 to consider the further unwinding of supply cuts. Overall, the market’s supply and demand fundamentals remain supportive, but traders will continue to watch developing headlines in regard to both OPEC+ and Iran. 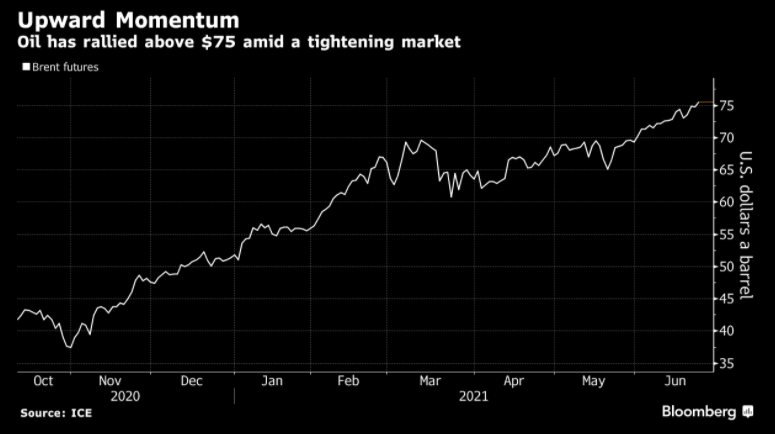