6.25.21 The energy complex experienced mixed trade during the overnight session

Outlook: The energy complex experienced mixed trade during the overnight session with crude prices now sitting in the green. Products are seen trading on either side of even and currently sit in negative territory. Crude futures are poised to see their fifth consecutive week of gains, with WTI currently sitting about 2.6% higher on the week. Strong fundamental support continues to stem from economic recovery and tightening supplies. Additional strength today derives from equities as the S&P 500 sets another new record and is set to see its best week since April. Next week OPEC+ is scheduled to meet and discuss the possible further unwinding of production cuts for August. Many analysts expect that the group will add a small portion of production back into the market, but focus will remain on the official decision scheduled to come out next week. 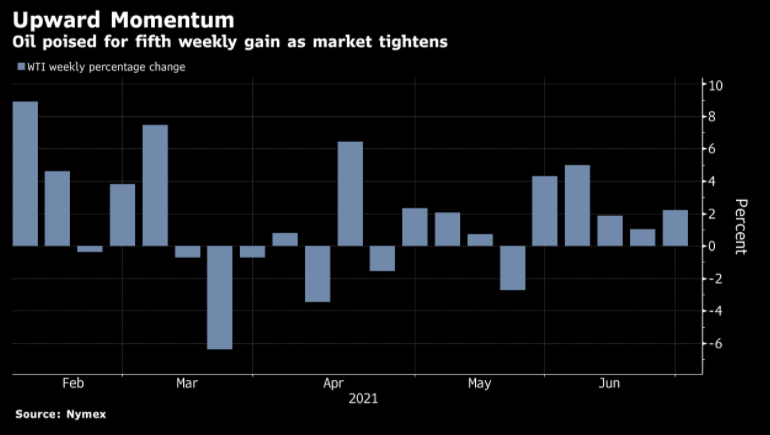