7.1.21 Energy markets have rallied higher to start the month

Outlook: Energy markets have rallied higher to start the month with both benchmark crude contracts trading up by over $2.00. The front month WTI contract managed to trade past both the $75 and $76 mark during the overnight session. WTI will likely now target the 2018 high seen at $76.90. Products also push higher with prices up by around 2%. For the month of June, WTI saw gains of over 10% while Brent captured gains of more than 8%. Support stems from prospects of strengthening demand and economic recovery. Additionally, strength in equities and a weaker U.S. dollar underpins markets. Currently, headlines are pointing to a smaller than expected production increase by OPEC+ in August. Sources familiar with the matter say the group plans to increase production by 2 million bpd by December. This would account for increase in August less than the previously expected 500,000 bpd. As OPEC is expected to take a more conservative approach to production, analysts forecast that we will continue to see tight supplies support prices. 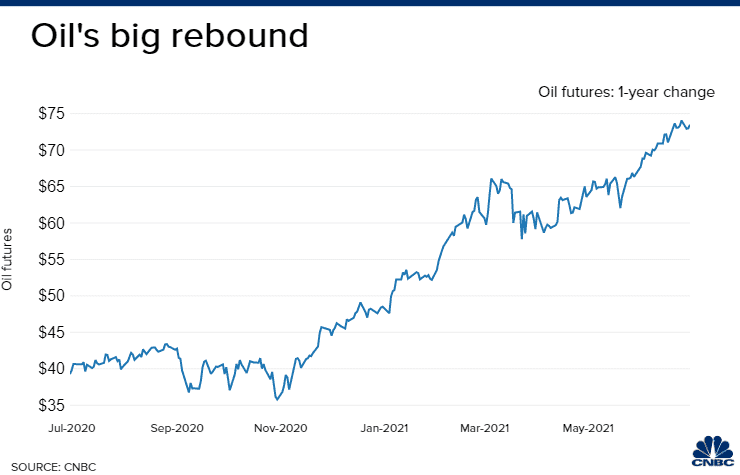