7.7.21 The energy market has managed to recover some of the losses seen during yesterday’s session

Outlook: The energy market has managed to recover some of the losses seen during yesterday’s session. Attention remains on OPEC proceedings, but it seems that inventories will likely remain tight in the near term. The Biden Administration has recently reported that it is “encouraged” by the ongoing talks and has spoken to several officials in Saudi Arabia and UAE. The U.S. is hoping for an agreement that will lead to more affordable energy, as high gas prices had recently become a topic of discussion. Most analysts remain confident that the current talks will lead to a controlled increase in production, but traders still balance the possibility of a unilateral increase if no deal can be made. Focus will remain on OPEC headlines and also look towards the upcoming inventory reports set to be released this afternoon and tomorrow morning. Current estimates expect this week to show additional tightening of crude supplies. 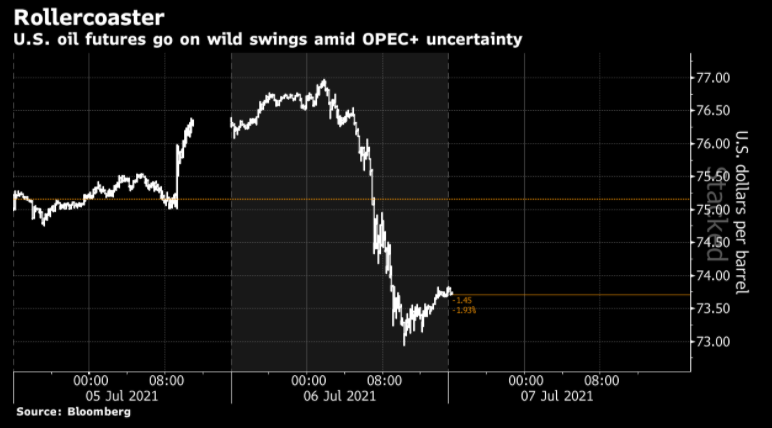