7.8.21 The energy market continues to face pressure due to OPEC+ uncertainty

Outlook: The energy market continues to face pressure due to OPEC+ uncertainty, with prices currently set to see their third consecutive day of losses. Losses however are limited by another large draw in crude stocks, with the API reporting an 8 million barrel draw for the week ended July 2. Traders will look towards this morning’s Weekly Petroleum Status Report to see if this draw is confirmed, if confirmed it would mark the seventh consecutive week of declines. OPEC+ remains unsettled in regard to future production decisions. Reports state that Russia is currently attempting to mediate and come to a deal. Along with concerns regarding global production, traders also face woes as Covid-19 issues persist. Japan is reportedly set to declare a state of emergency in Tokyo as the Delta variant continues to spread. This order is set to last from July 12 until August 8, meaning that the Olympics will be help fully under emergency conditions. Additionally, the 10-year Treasury Yield was seen falling to its lowest since February due to concerns of slowing economic recovery. 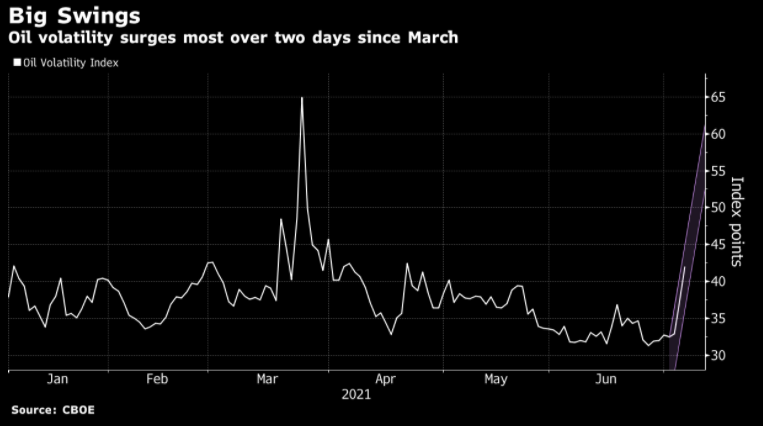