Outlook: Petroleum prices have fallen lower again this morning as demand woes and potential supply increases pressure markets. Yesterday’s surprise jump in gasoline inventories led to speculation that the U.S. has yet to make it out of the pandemic demand rut. Gasoline demand on yesterday’s EIA report was seen pulling back from the previous week’s record levels, but the four-week moving average has still managed to climb back to 2019 levels. Progress between UAE and Saudi Arabia in regard to OPEC talks has also caused weakness, as traders expect additional supply to enter the market and hamper recent price rallies. Despite demand concerns regarding the Delta variant, OPEC has stuck to its forecast for strong recovery in its most recent report. The group expects oil demand to rise to 99.86 million bpd in 2022, similar to levels seen in 2019. Overall markets seem on track for a slight correction due to supply and demand concerns, with OPEC and Covid-19 headlines remaining in focus. 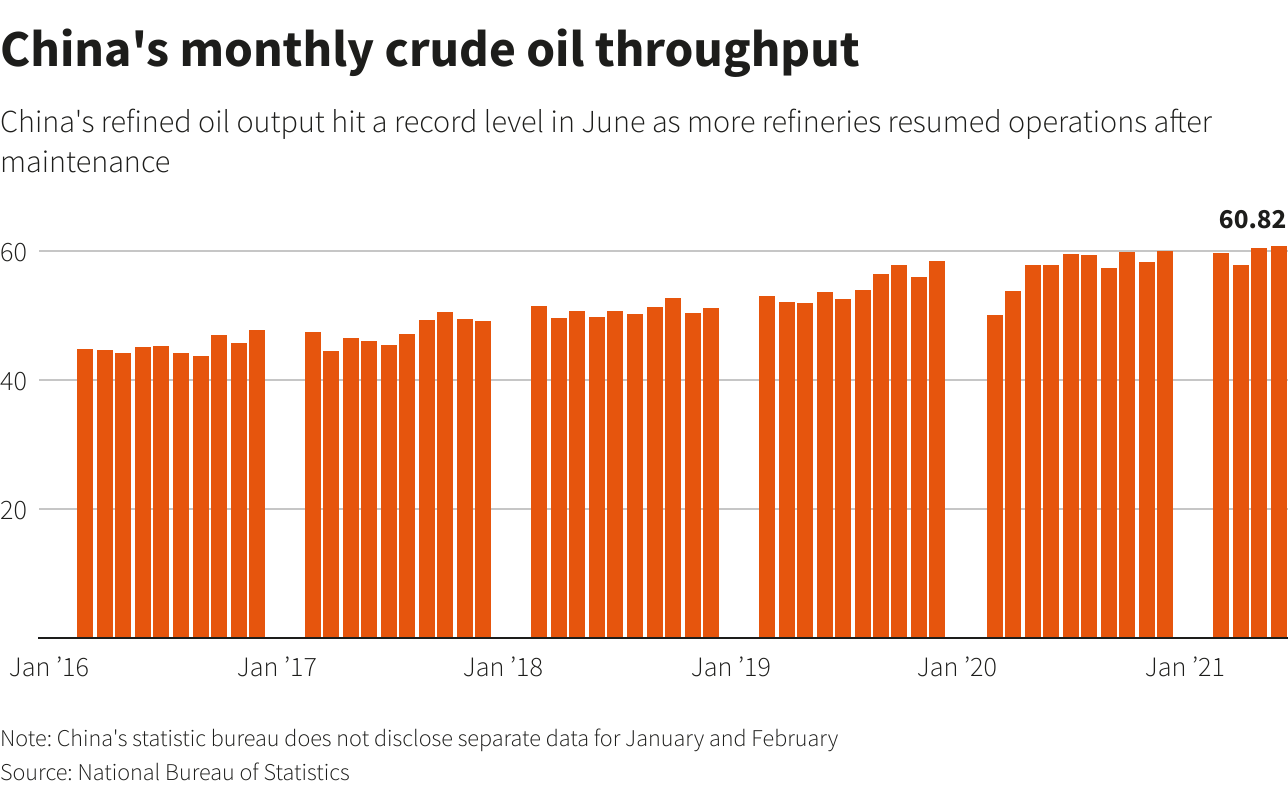