7.16.21 Earlier Gains have morphed to losses

Outlook: Earlier futures gains have morphed to losses across the energy complex. Oil is set for its weakest week since March. Overnight and earlier gains were found on short covering in Asia before selling emerged. Poor consumer sentiment readings and a stronger dollar act to provide pressure to outright futures and timespreads are weaker as well. WTI is eyeing $70 after trading to as high as $76.98 last week. The Baker Hughes rig count is due at noon and CFTC Commitment of Traders data is set for this afternoon.

Continuous Daily RBOB: Despite weakness in recent days, RBOB remains in an uptrend with trendline support at 2.2000. Resistance comes in at recent highs near 2.3200. 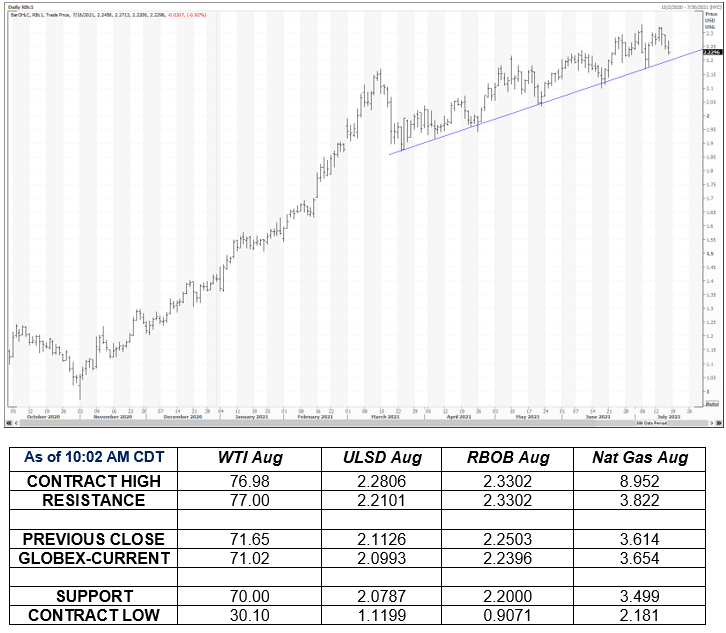