Outlook: Energy markets have traded mostly steady overnight as traders continue to balance out heightened oil demand concerns with supply tightness. Crude markets have stayed close to even this morning, while the August RBOB managed to reach fresh highs. Attention will likely turn towards tomorrow’s inventory report with analysts expecting crude inventories to post a draw this week. Delta variant concerns limit gains in the markets, with equities and yields trading lower this morning. Currently analysts expect that the recent spikes in Covid may not be as detrimental to demand as last year’s surges due to vaccination rates. Road traffic data suggests that rising infection rates have yet to have a large impact on travel across most major regions. 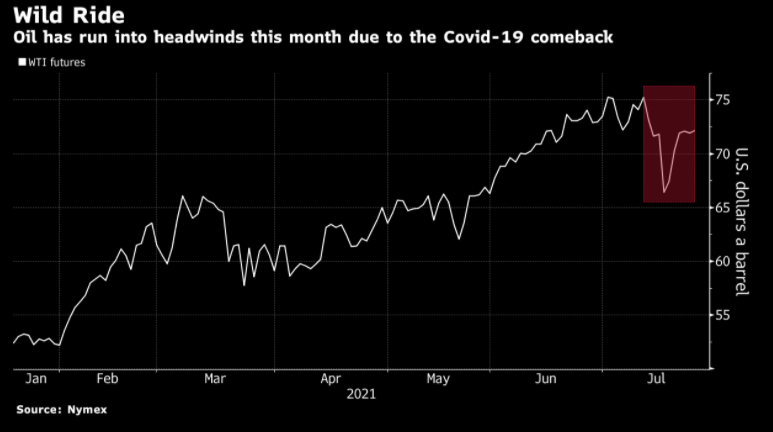