Outlook: Healthy volatility is occurring to the downside this morning with selling pressure coming from demand concern brought on by Delta-variant restrictions and an increase in OPEC+ shipments.

Estimated oil shipments from June to July based on tanker tracking data: 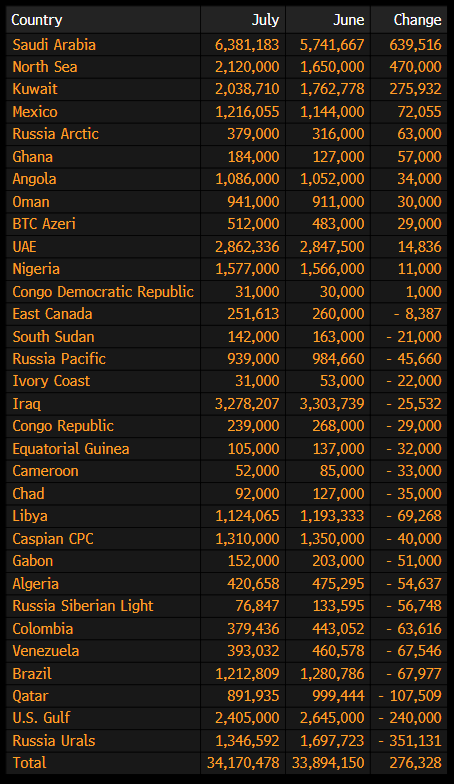